Speaking at the Martyrs' Day rally, Mamata Banerjee alleged the central agencies were threatening TMC leaders and elected representatives to get in touch with the BJP or face prison in chit fund cases. 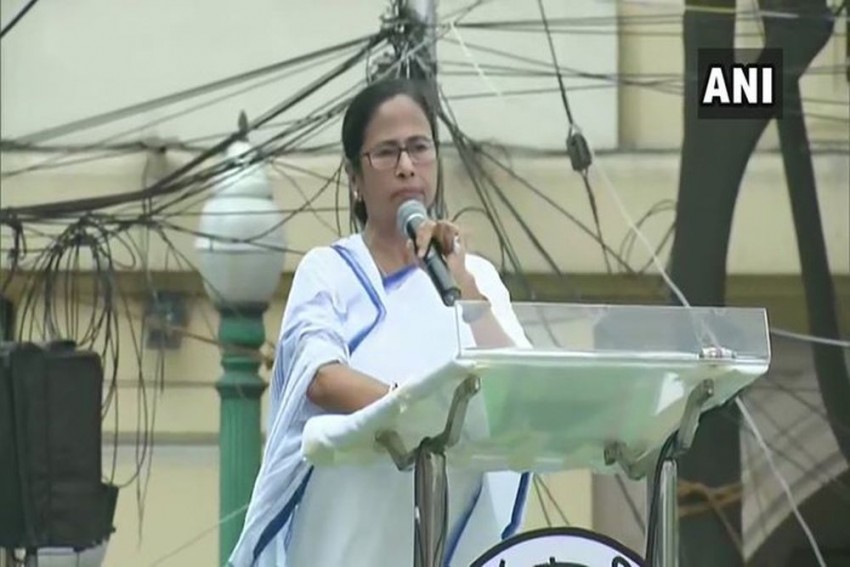 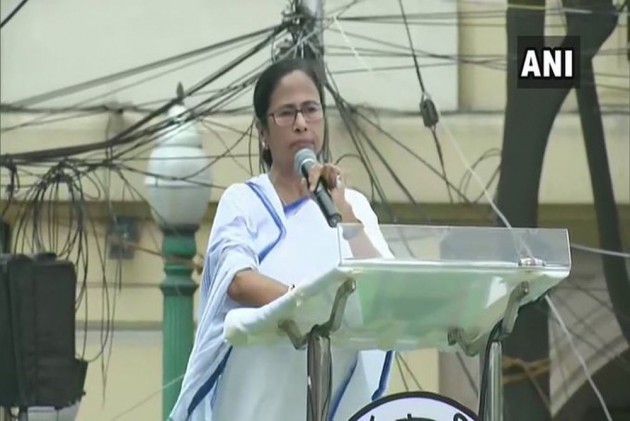 West Bengal Chief Minister Mamata Banerjee on Sunday took up the cudgels against the Bharatiya Janata Party (BJP), saying they had won in the recent Lok Sabha polls by "cheating and using CRPF, Central police and the Election Commission of India".

Speaking at the Martyrs' Day rally in Kolkata, Banerjee alleged the central agencies were threatening TMC leaders and elected representatives to get in touch with the BJP or face prison in chit fund cases.

She said her party will launch a state-wide protest on July 26, demanding the return of black money "siphoned off" by the BJP.

The chief minister accused the saffron party of luring TMC MLAs with money and other perks.

"The BJP is offering Rs 2 crore and a petrol pump to our MLAs to switch over... Just like in Karnataka, the BJP is indulging in horse-trading everywhere," Banerjee was quoted as saying by news agency PTI.

Hitting out at the central government for allegedly trying to destroy the federal structure of the country, she claimed the BJP is functioning in a whimsical manner and its government would not last for "more than two years".

"They (the BJP) are bringing bills and passing it without any prior information or consultation... Credit for the smooth conduct of Parliament goes to opposition parties, not those in power," the TMC chief added.

She said the BJP government at the Centre would not last for "more than two years", considering the way it is functioning.

"Credit for the smooth conduct of Parliament goes to opposition parties, not those in power," the TMC chief said.

Earlier in the day, she demanded the return of ballot papers and said electoral reforms were the need of the hour to "save democracy" and stop the use of black money during polls.

"Do not forget that the EVMs were earlier used in England, France, Germany and America. But they have now stopped using them. So why cannot we bring the ballot papers back?" she said.

She said that she will request the Election Commission to conduct Panchayat and Municipal elections through ballot paper.

Taking a dig at the TMC chief, Union minister and BJP leader Babul Supriyo said in a tweet, "'19 mein 'HALF' huye, '21 mein 'SAAF' hojayenge (Trinamool Samabesh)." (The TMC was reduced to half its strength in the 2019 Lok Sabha polls, it will be wiped out in the 2021 state Assembly election).

The Martyrs' Day rally is organised by the TMC every year on July 21 in the memory of 13 Youth Congress activists killed in police firing in 1993 during the Left Front regime in West Bengal. Banerjee was a Youth Congress leader at that time.

One Person Dead, Several Trapped After Fire Breaks Out At Building Near Taj Hotel In Mumbai