The Aam Aadmi Party’s Chief Arvind Kejriwal said these tactics of BJP won’t work, since they are determined to do honest politics in the country. 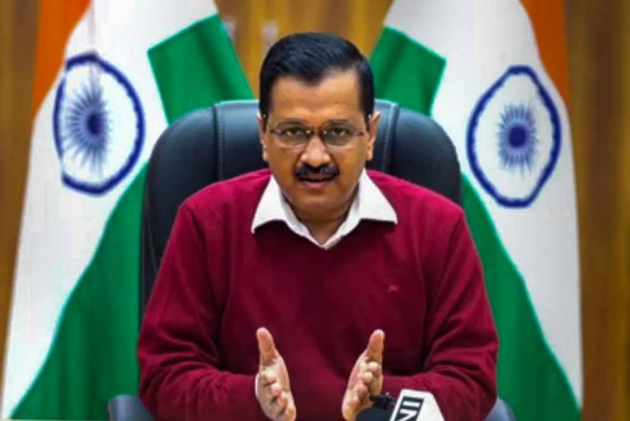 The Aam Aadmi Party(AAP) on Monday accused Centre of targeting its leaders through Enforcement Directorate.

The party said the ED has sent a notice to its national secretary Pankaj Gupta under a "fabricated" case under the PMLA.

“In Delhi, they tried to defeat us with IT Dept, CBI, Delhi Police - but we won 62 seats. As we grow in Punjab, Goa, Uttarakhand, Guj - we get an ED notice! The people of India want honest politics- these tactics of BJP will never succeed, they will make us stronger,” Delhi Chief Minister and AAP Chief Arvind Kejriwal said in a tweet.

In Delhi they tried to defeat us with IT Dept, CBI, Delhi Police - but we won 62 seats. As we grow in Punjab, Goa, Uttarakhand, Guj - we get an ED notice! The people of India want honest politics- these tactics of BJP will never succeed, they will make us stronger https://t.co/JjWy7MQfH4

AAP's national spokesperson Raghav Chadha in a press conference said that in the ED notice the party's national secretary Gupta has been summoned to appear before the agency on September 22 at 11.30 AM at its office.

“In an unending quest to persecute the AAP, the Modi government's favourite agency Enforcement Directorate has been pressed into service and has dispatched a love letter (notice) to the AAP,” he said.

"They (ED) have sent a notice to party's national secretary under some section of Prevention of Money Laundering Act 2002,” Chadha said.

When asked about the case in which Gupta has been served a notice, Chadha said that he has no idea but added “it must be some fabricated case”.

The Rajinder Nagar MLA alleged that the BJP is rattled by the increasing popularity of the party's national convenor Arvind Kejriwal and the rising graph of the party.

They are rattled by the popularity of Kejriwal to an extent that the Modi government has pressed into service all its agencies against AAP leaders.

“In view of elections in Punjab, Uttarakhand, Goa and next year in Gujarat, a rattled BJP has pressed all its agencies (ED, CBI, IT, etc) to persecute Arvind Kejriwal and AAP leaders,” Chadha alleged.

He alleged that a witch-hunt against AAP by the Centre is going on.

He said that during Anna Movement in 2012, the Ministry of Home Affairs (MHA) sent a notice under FCRA (Foreign Contribution Regulation Act 2010) to check accounts.

Chadha alleged that in past years they had sent the CBI to raid the CM office and Delhi Police to raid the CM house. CBI raided twice at the residence of deputy CM Manish Sisodia but found nothing, he alleged.

“The AAP is not going to fear these tactics. We welcome the notice. We believe in rule of law. We pray to God that rule of law should prevail over the rule of vendetta politics,” Chadha said. (With PTI inputs)