BJP Rigged UP Bypolls, Will Give Details After Result: Akhilesh Yadav 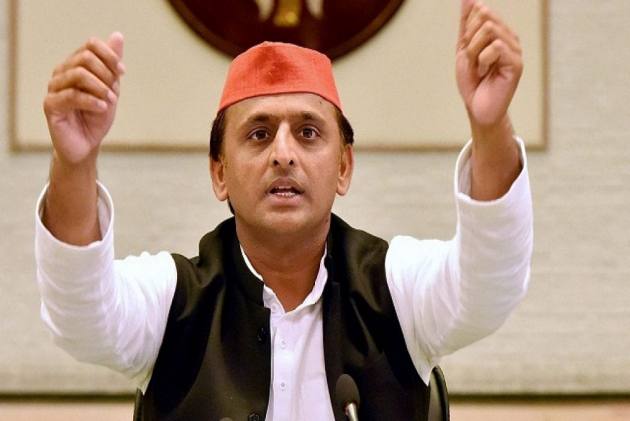 A day before the announcement of the results for by-elections to seven Assembly constituencies in Uttar Pradesh, Samajwadi Party chief Akhilesh Yadav on Monday accused the BJP of rigging the elections in its favour.

He, however, did not elaborate on the accusation and said he would provide detailed information after the results are out on Tuesday.

At a press conference after a number of former lawmakers from the BSP and the Congress joined the party, Yadav said, "The BJP has done 'dhandhli' (rigging), 'dhokha' (fraud) and whatever it could by (misusing) the administration. The government had made such an arrangement that the voters could not come out (to exercise their franchise)."

"I will give detailed information after the results of the by-election are declared on November 10," he said.

About the Bihar elections, the SP president exuded confidence that the exit polls predicting an edge for the RJD-led opposition alliance over the ruling NDA would be correct and that the tenure of those who "started spreading hatred in the society" was coming to an end.

Even abroad, those who wanted to rule by dividing the society have been ousted by the people, he said.

"I am happy that there is a group of journalists there (in the US), which claimed that in past four years there, a President lied more than 22,000 times. If the journalists here count the lies of the UP chief minister and the Prime Minister, then it will come out in lakhs."

On demonetisation, he said those who had no black money suffered a lot and those with black money left the country.

"The BJP is responsible for the condition of the country's economy. The result of demonetisation is that, till date, the economy of the country has not been able to recover. It not only ended the big businessmen but also the small traders, small farmers and the poor," Yadav said.

"By demonetisation, BJP won in Uttar Pradesh. It was done so that BJP could win in UP. Not only demonetisation, whatever decisions the government has taken have disappointed the people. The BJP has broken the trust of the people of the entire country," he added.

The Samajwadi Party chief also celebrated the birthday of Khazanchi Nath -- the child who was born while his mother was standing in a bank queue in Kanpur dehat post-demonetisation in 2016 -- by cutting a cake and giving him gifts. The SP celebrates his birthday every year to mark the "failure" of the BJP government's demonitisation move.