Congress leader Rahul Gandhi also alleged that the RSS is filling various institutions of the country with its people. 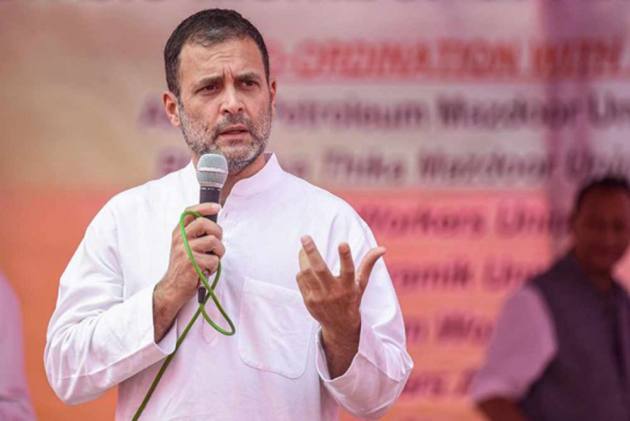 Amid controversy over polling in Assam after an EC party carried an EVM in a vehicle that belonged to the wife of a BJP candidate, Congress leader Rahul Gandhi on Friday alleged that the BJP has resorted to a “wholesale capture" of India's institutional framework.

"In Assam, the gentleman who is running our campaign (for the Assembly polls) has been sending me videos of BJP candidates running around with voting machines in their cars…He is screaming at the top his voice saying look, I have got a really serious problem here, but there is nothing going on in the national media," the former Congress chief said.

Gandhi made the comments during a discussion with Harvard University professor and former US undersecretary of state for political affairs Nicholas Burns.

The Wayanad MP alleged that the "wholesale capture" of India's institutional framework by the ruling dispensation has changed the paradigm in which Opposition parties operate post-2014 as the institutions that are supposed to support a fair political fight do not do so anymore.

He also alleged that the Rashtriya Swayamsevak Sangh (RSS), the ideological mentor of the ruling Bharatiya Janata Party (BJP), is filling various institutions of the country with its people.

The Congress leader also alleged that there is absolute financial and media dominance by the BJP and besides the Congress, other parties such as the BSP, the SP and the NCP are also not winning elections.

He said the way the BJP is behaving, a lot of people are getting discontented very fast and there is a need to bring them together.

"We are no longer in the same paradigm we were before 2014, we are in a different paradigm. We are in a paradigm where the institutions that are supposed to protect us do not protect us anymore," the Congress leader said.

The institutions that are supposed to support a fair political fight do not do so anymore, he alleged.

Noting that India is essentially a "negotiation", Gandhi said the country's institutional framework basically allows it to manage that negotiation, but that framework is under attack.

"So I worry that the negotiation will break down and if the negotiation breaks down in a country like India, then we are in very serious trouble," he said, adding that this gives the Congress a big opportunity and thus, "we have to redefine ourselves".

On China, Gandhi said both the United States and India need to put together an economic strategy that can take the country on.

"The Chinese are currently occupying our territory, their troops are in our territory and there is not a peep about it in our media.

Asked what would be his priority if he was the prime minister, he said he would move from a growth-centric idea to a job-centric idea of the economy.

The only way to start the economy now is to jumpstart production and put a huge amount of money in the hands of people, he added.

The former Congress chief noted that the growth of the economy is meaningless if it does not create enough jobs and that jobs creation and value addition need to be put on a "mission mode" in the country in the next few years.

Asked by Burns about the farmer protests, he said it is again about how one runs the country.

"I remember when we were in the government, we had constant feedback. What amazed me was how effective, quick and powerful it was.... The model that the government uses and some of the ideas that it projects have shot down that feedback.

What has happened is that the government has shut the feedback route, so the farmers have no other way except to come out on the streets, Gandhi argued.

"It is absolutely necessary to reform agriculture, but you cannot attack the foundation of the agriculture system and you certainly cannot do that without having a conversation, because they are going to react," he said.