The Manipur government headed by Chief Minister N Biren Singh was plunged into crisis recently after four NPP and three BJP MLAs withdrew their support from it. 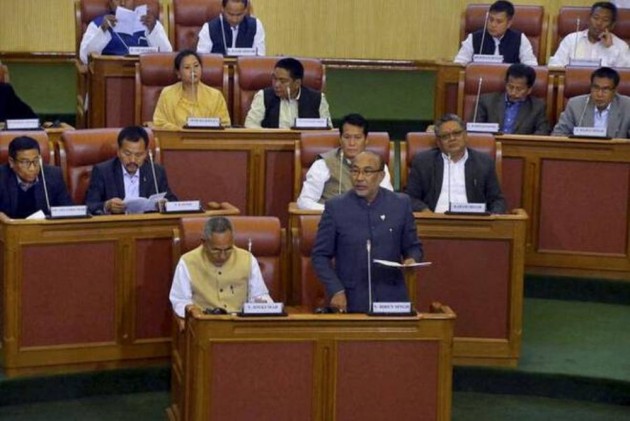 The Manipur government headed by Chief Minister N Biren Singh was plunged into crisis recently after four NPP and three BJP MLAs withdrew their support from it.

Himanta Sarma, BJP's trouble-shooter and convenor of the North East Democratic Alliance which comprises the BJP and its allies in the Northeastern states, took an NPP delegation for a meeting with Shah.

"NPP delegation led by Sangma Conrad and Dy Chief Minister of Manipur Y Joy Kumar Singh met Home minister Amit Shah today in New Delhi. Both BJP and NPP will continue to work together for the development of Manipur," Sarma tweeted after the meeting.

The NPP and other dissident MLAs have been demanding removal of Biren Singh.

"Take it from me. We will be stable till 2022 (when next Assembly election will be held)," Ram Madhav told reporters at Imphal Airport.

Biren Singh also sought to downplay the trouble that has besieged his ministry saying it's a "family issue", and exuded confidence that the political problem will be resolved soon.

After the 2017 Assembly polls, the BJP had formed a coalition government with the help of the regional outfit NPP and others.