In an exclusive interview to Outlook, TMC's Mahua Moitra dismissed the criticism against her party’s government in Bengal and lashed out at Modi’s BJP for “spreading lies and fear”. 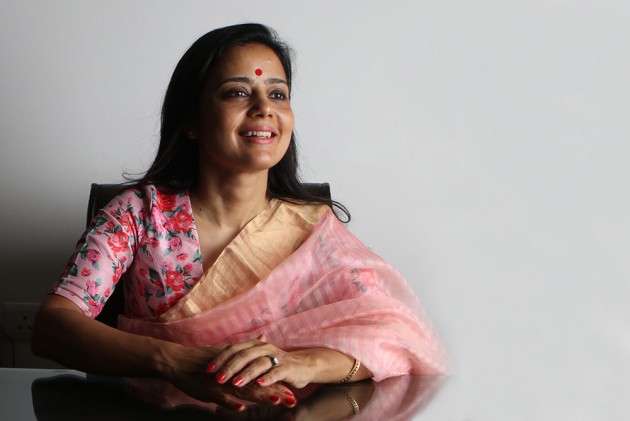 First-time parliamentarian from Bengal’s Krishnanagar constituency and Trinamool Congress leader Mahua Moitra’s maiden speech in Lok Sabha has earned her bouquets and brickbats. Liberals, secularists and many in the Opposition believe she showed the mirror to Prime Minister Narendra Modi’s government and summed up what the collective Opposition had, hitherto, failed to say. Her detractors feel the points she made, particularly about muzzling dissent, are equally applicable to Mamata Banerjee’s Trinamool Congress government in Bengal.

In an exclusive interview to Outlook, Moitra dismissed the criticism against her party’s government in Bengal and lashed out at Modi’s BJP for “spreading lies and fear”. She asserted that in the recently concluded Lok Sabha elections, which saw the saffron party make huge gains in her home state, the BJP had succeeded in “creating an impression that there was a nameless, faceless enemy coming” for the Hindus which can only be defeated if Modi is voted back to power.

OPINION | Mahua's First Lok Sabha Speech Is Commendable, But It's Time She Looks At What TMC Does In Bengal

Asked if the oft-made accusation about Mamata Banerjee’s politics of appeasing Muslims in Bengal was the reason for the BJP’s rise in the eastern state, Moitra said, “The BJP follows the Goebbels Doctrine very well. They have got hold of this thing on Muslim appeasement… How are you appeasing – if you are giving away cycles, you are giving them to all children not just to Muslims, whatever other welfare schemes we are offering are all based on poverty lines, not on religion. The controversies are all stoked by the BJP.”

The first-term MP, who accused the BJP of spreading a “superficial and xenophobic narrative” of “false nationalism” in her speech in the Lok Sabha on Wednesday, told Outlook that the rise of the BJP has been on the back of a campaign forcing a section of the Hindus to be jingoistic.

“I am a Hindu and neither I nor anyone from my family, ever felt it necessary to assert or to tattoo the fact on our foreheads that we are Hindus or Brahmins. The fact that we need this jingoistic, assertive aggression to stand in the street and tell people that we are Hindus and make people fearful of us is not something that this religion is about,” Moitra said.

In her Lok Sabha speech, Moitra also spoke at length about the “subjugation of media” and the Modi government’s crackdown on dissent. However, she has been criticized for turning a blind eye to the actions of her own party’s government in Bengal where several incidents or arrests of people, including journalists and academics, for publicly criticizing the chief minister have been reported. An incident often recalled in this debate is that of Jadavpur University’s Professor Ambikesh Mahapatra who had been arrested on her instructions merely for circulating a caricature that lampooned the chief minister.

Asked how she reconciles these incidents in Bengal with the accusations she hurled against the Modi government, Moitra dismissed the parallel, stating “they just want to deflect attention by talking about one professor somewhere or some individual case, but I am talking about much larger issues. You can’t compare two incidents with what is happening 365 days. It is unfortunate, unfair”.

She added, “When I talk about the subjugation of mass media… today the richest Indian controls indirectly five media houses which make up 70-80 per cent of all viewership in India and the government ads spent towards them is disproportionate. When you have such lopsided control of the media and the line of control goes right up to the powers that be, that’s a very different thing from individual cases you may talk of in Bengal.”