In a setback for the Akhilesh Yadav-led party, SP may win in only 6 out of 75 seats in the Zilla panchayat chairman polls. 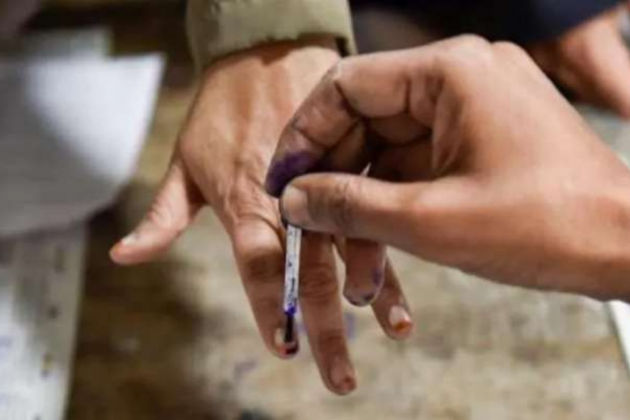 Following the counting of votes for the zila panchayat chairman posts in Uttar Pradesh, the Bhartiya Janta Party in the state claimed that candidates backed by it have won 67 of 75 seats in the local body polls, the voting for which was held on Saturday.

"We will win 2022 assembly elections also," Singh told  told news agency ANI.  He added that that the success of the party was due to the welfare policies initiated by its government and the popularity of Prime Minister Narendra Modi and Chief Minister Yogi Adityanath.

Singh also took to Twitter and wrote in Hindi, "The BJP+ (BJP and its allies) has won 67 out of 75 seats of zila panchayat chairpersons. For these unprecedented results, I thank the people of the state and hardworking party workers".

The zilla panchayat polling began at 11 am on Saturday and continued till 3 pm and the counting of votes began is currently underway, the State Election Commission informed.

Meanwhile, a video has gone viral on social media where former Samajwadi Party MP from Chandauli Ramkishun Yadav can be seen falling at the feet of voters (elected members of zila panchayat) to allegedly seek votes for his nephew, prompting the UP BJP spokesperson Rakesh Tripathi to take a jibe at his party.

In a tweet in Hindi, Tripathi said, "Those (SP) who fled in the last elections (2017 and 2019) were seen falling at the feet of voters and begging for votes. This took place on Friday night." He also shared the video.

"Tej Narayan Yadav is the nephew of Ramkishun Yadav. Tej Narayan is supported by the SP for the post of zila panchayat chairperson," he told PTI.

Chairpersons of 22 zila panchayats in 22 districts of the state were declared elected unopposed on Tuesday. Of these, the ruling Bharatiya Janata Party (BJP) won 21 seats, while the Samajwadi Party grabbed one seat in Etawah.

The poll panel did not announce the party affiliation of the winning candidates but the BJP later claimed victory over 21 seats and the SP over one seat of the Etawah district.

The panchayat polls or those for district panchayat chiefs are not held on a party basis but candidates enjoy the tacit support of various parties.

The reports came after SP president Akhilesh Yadav alleged last Saturday that his party’s nominees were "prevented" from filing nomination papers at many places.

Zila panchayat chairpersons are elected from among the elected members of zila panchayats of various districts.

The four-phase panchayat polls concluded in the state last month.

On Monday, Bahujan Samaj Party chief Mayawati had said her party has decided not to contest the zila panchayat chairman elections as it wants to channelise its energy on strengthening the organisation before the Uttar Pradesh assembly polls next year.

Instead of contesting the zila parishad chairman elections, the party has decided to concentrate on strengthening the party organisation and expand the base, Mayawati had told newspersons.

Once the BSP forms its government in the state, the majority of the zila panchayat chairman themselves will join the BSP as they cannot function without power. We have kept this fact in mind and so decided not to contest the election, she had said.