BJP To Be Centre Of Indian Politics For Many Decades: Political Strategist Prashant Kishor

The political strategist Prashant Kishor said the problem with Rahul Gandhi is that: ‘he thinks it's just a matter of time that people will throw him (Modi) away. That's not happening’. 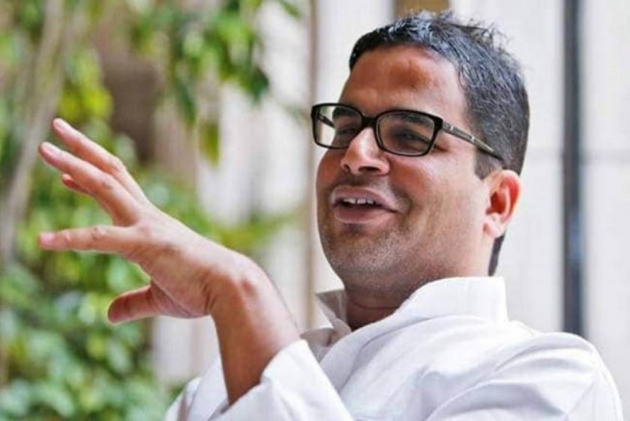 Saying BJP will remain at the centre of Indian politics and will not go anywhere for the "next many decades", political strategist Prashant Kishor Thursday took a jibe at Congress leader Rahul Gandhi.

KIshor is currently lobbying for the Trinamool Congress (TMC) for the upcoming Goa Assembly elections.

A video clip of Kishor addressing a private meeting in Goa has gone viral.

A senior leader of the Indian Political Action Committee (I-PAC), a group led by Kishor, confirmed that the video was from a private meeting held on Wednesday in the state.

In the video, Kishor is heard saying, "BJP is going to be the centre of Indian polity...whether they win, whether they lose, like it was for the first 40 years for Congress, BJP is going nowhere."

"Once you secure 30 per cent plus votes at the India-level, you are not going away in a hurry. So, do not ever get into this trap that people are getting angry and they will throw away (PM Narendra) Modi," he added.

"Maybe, they will throw away Modi, but BJP is not going anywhere. They are going to be here, you have to fight it out for the next many decades. It's not going in a hurry," Kishor said.

Referring to Rahul Gandhi, he said, "That is where the problem lies with Rahul Gandhi. Probably, he thinks it's just a matter of time that people will throw him (Modi) away. That's not happening."

Kishor had helped craft the election strategies for the TMC and the DMK in the Assembly polls in West Bengal and Tamil Nadu, respectively, held earlier this year. These parties had emerged victorious in those states.

The TMC has announced that it would be contesting the Assembly elections in Goa due in February next year. TMC supremo Mamata Banerjee is scheduled to begin her three-day visit to Goa from this evening. (With PTI inputs)