BJP To Decide On Giving Tickets To Disqualified Karnataka MLAs 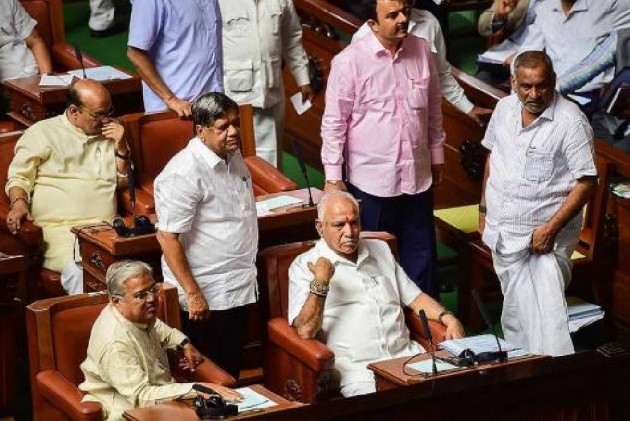 The BJP in Karnataka on Wednesday welcomed the Supreme Court verdict in the disqualified MLAs case, and said its leadership would take a call on the issue of giving them tickets to contest next month's bypolls.

"The court has upheld the Speaker's decision on disqualification of 17 MLAs, along with that Court has given the opportunity for them to contest the upcoming polls, we welcome the court judgement," state BJP President Nalin Kumar Kateel said.

Asked if the disqualified MLAs will be given BJP ticket to contest the bypolls, Kateel said, "We will discuss with Chief Minister B S Yediyurappa and in core committee and decide".

SC Upholds Disqualification Of 17 Karnataka MLAs, But Allows Them To Contest Dec 5 Bypolls

BJP state core committee is scheduled to meet this afternoon.

Bypolls to 15 of 17 seats represented by disqualified MLAs, whose resignation and absence from the trust vote led to the fall of the Congress-JD(S) coalition government, and made way for the BJP to come to power, will be held on December five.

BJP will need to win at least six out of those 15 seats to remain in power.

The Supreme Court on Wednesday upheld the disqualification of the MLAs -- 14 of the Congress and three belonging to the JDS -- by the then Speaker K R Ramesh Kumar but allowed them to contest the December bypolls.

The court struck down the portion of the order of then Speaker by which the legislators were disqualified till the end of the 15th Karnataka Assembly in 2023.