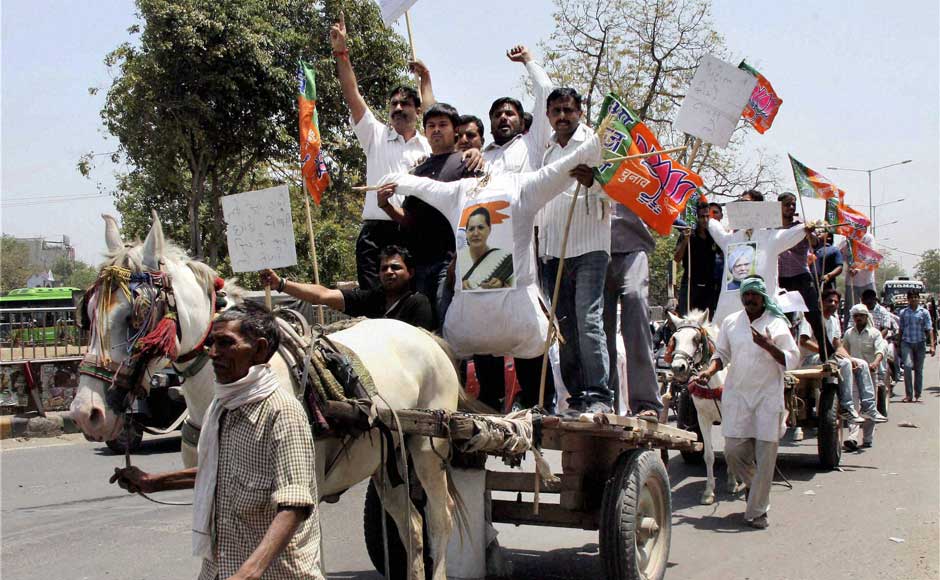 The BJP on Sunday announced it will take out rallies in West Bengal for five days from November 8 to press for the demand that the Mamata Banerjee government slash Value Added Tax (VAT) on petrol and diesel.

BJP state unit vice-president Raju Banerjee said the party will take out a rally from its headquarters at around 1 pm on Monday.

"Our state president Sukanta Majumder, leader of the opposition Suvendu Adhikari, national vice-president Dilip Ghosh and other senior leaders will participate in the rally which will be held following Covid-19 protocols. If the police try to stop us, we will act accordingly," he said.

Banerjee did not reveal the route of the proposed protest rally.

The BJP will take out similar programmes in different blocks of the state from October 9 to 12.

As the issue is "very urgent", the party cannot wait till the end of Chhat puja and Jagaddhatri puja for commencement of the movement, Banerjee said.

Buckling under pressure, the Union government had on Wednesday cut excise duty on petrol by Rs 5 per litre and that on diesel by Rs 10 a litre to give reprieve to consumers battered by record-high retail fuel prices.

This announcement was matched by 22 states and Union Territories ruled by the BJP and parties allied to it, cutting VAT rates in different proportions. However, states governed by parties opposed to the BJP did not reduce the tax on fuel.

West Bengal Chief Minister Mamata Banerjee was vocal about the fuel price rise, but she and the TMC fell silent after the Centre reduced excise duty on the eve of Diwali, the state BJP vice-president said.

"If she is so pro-poor, why can't our chief minister emulate states like Assam and Uttar Pradesh, and cut VAT and other surcharges on the two products to provide relief to people. She will not do it as the money accrued from such taxes are spent in organising fairs and giving donation to clubs," Raju Banerjee said.

TMC spokesperson Kunal Ghosh on Saturday said, "The BJP is doing cheap politics over fuel prices as its inertia in stemming the skyrocketing prices of petrol, diesel and LPG has been exposed. It has slashed excise duty on petrol and diesel a bit, fine! But that is too little, too less."