BJP Treated Shiv Sena Like Its Slave When We Were In Power In Maharashtra In 2014: Sanjay Raut 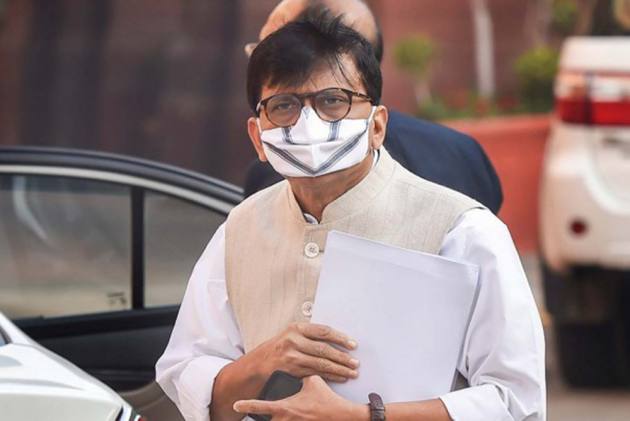 Lashing out at the BJP, Shiv Sena MP Sanjay Raut on Sunday accused the saffron camp of meting out injustice and unfair treatment to his party, when they were in power in Maharashtra from 2014 to 2019.

Raut further alleged that the BJP had treated his party like a “slave” and attempts were made to make the Shiv Sena politically irrelevant in the state.

The Sena MP made the comments on Sunday while addressing party workers in Jalgaon in north Maharashtra.

"The Shiv Sena had a secondary status in the previous government and was (treated) like a slave. Attempts were also made to finish off our party by misusing the very power which they (BJP) enjoyed because of our support,” Raut said.

Interestingly, Raut’s comments come just days after Sena chief Uddhav Thackeray met Prime Minister Narendra Modi in Delhi, earlier this week. While the Sena had claimed that it was a customary visit, the meet had raised eyebrows with many speculating a tie up between the BJP and the Shiv Sena.

The Shiv Sena-BJP alliance crumbled in 2019 over the issue of chief ministership in Maharashtra. The Sena, which was one of the oldest allies of the BJP, later formed an unlikely alliance with the NCP and Congress to form the Maha Vikas Aghadi government in Maharashtra.

Raut said he always thought that the Sena should have its chief minister in Maharashtra.

"Even if Shiv Sainiks don't get anything, we can proudly say the state's leadership is now in the hands of the Shiv Sena. The Maha Vikas Aghadi government was formed with this sentiment (in November 2019)," he said.

Recalling the drama preceding the formation of the tripartite government in November 2019 after the Assembly elections, Raut said senior NCP leader Ajit Pawar, who briefly switched sides to form a government with the BJP under Devendra Fadnavis, is now the "strongest spokesman "of the MVA. The second Fadnavis-led government which was formed with Ajit Pawar had lasted for just 80 hours.

"....Anything can happen in politics. Ajit Pawar, the deputy CM of Maharashtra, is now working shoulder to shoulder with Chief Minister Uddhav Thackeray," Raut said.