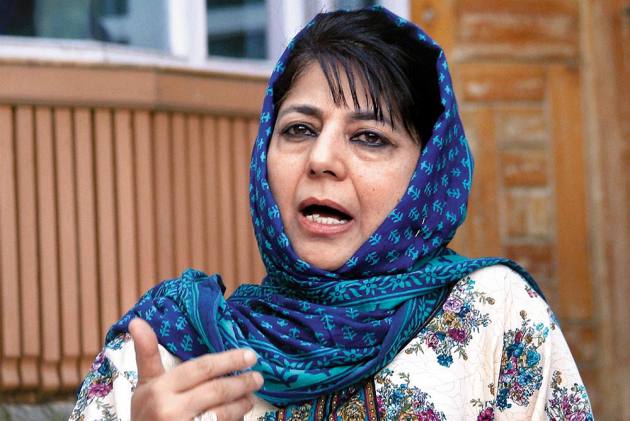 Posting on Mehbooba Mufti's Twitter handle, Iltija alleged that the saffron party cares neither for the Jawans nor for the Kashmiris, rather its main concern is just to win elections.

Iltija questioned the heavy deployment of troops in the Valley post the abrogation of Article 370 in Jammu and Kashmir saying, "What explains 9 lakh troops in Kashmir if everything's normal?"

Launching an attack at the BJP, she claimed that the ruling Bharatiya Janata Party (BJP) treats the Kashmiris as "fodder" and is using security forces as "pawns" to "crush dissent".

The statement from the daughter of former Jammu and Kashmir Chief Minister came at the time when the Block Development Council elections are just around the corner in the region.

BJP uses the Jawan card & hijacks their sacrifices to get votes. But truth is that if Kashmiris are treated as cannon fodder, troops have become pawns to contain unrest in the valley. The ruling party doesn’t care about jawans or Kashmiris. Sole concern is winning elections

What explains 9 lakh troops in Kashmir if everything’s normal’? They aren’t there because of an imminent attack from Pak but simply to quell protests. Army’s primary responsibility is to protect borders instead of being used to crush dissent.

On reports that  the J&K administration made political leaders sign bonds asking them "to maintain peace and good behaviour" after releasing them from detention, Iltija said: "Under what law is their release conditional as their detention was illegal itself?"

Reports say detainees released today were forced to sign bonds.Under what law is their release conditional as their detention was illegal itself? Many including Ms Mufti have categorically refused to sign these bonds. The govt with its rudderless approach is tying itself in knots

The Block Development Council elections will be held in Jammu and Kashmir on October 24 from 9 am to 1 pm. The counting of the votes will begin at 3 pm on the same day.

Notably, these elections are the first electoral process in the union territory which will take place after the repealing of Article 370 in August.