The party had sent senior leaders and ministers to Leh for campaigning, leaving nothing to chance. 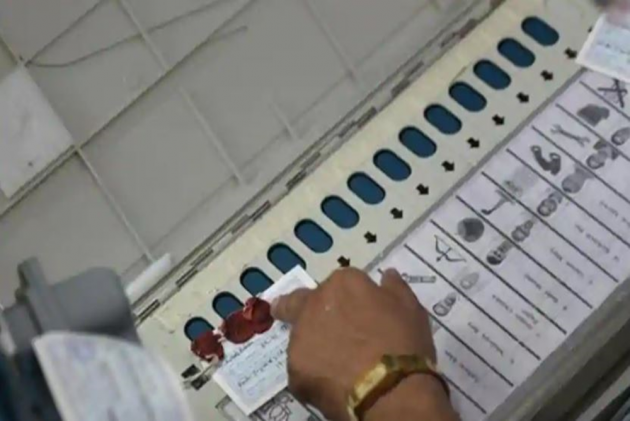 The BJP has won the sixth Ladakh Autonomous Hill Development Council Leh general council elections winning 15 seats out of a total of 26. The Congress performed better than the previous year, winning nine seats and Independents two.

The BJP was expecting all 26 seats in the LAHDC Leh as it has fulfilled their demand of turning Ladakh into a Union Territory. However, soon after the UT status, fear gripped the region as the government did not grant Sixth Schedule to the region. Political parties are seeking safeguards for the region on lines of the northeastern states. This factor was played up by the Congress during the election campaign, which increased its tally.

As the results of the Ladakh Autonomous Hill Development Council (LAHDC) started pouring in since Monday morning, victory shouts resonated in the BJP head office in Leh. The winning candidates rushed to party headquarters to celebrate their win with the party workers.

A victorious Congress candidate, Tsering Nurboo from Basgo constituency, said his party would fight for Sixth Schedule status for the Ladakh region. An independent candidate, Konchok Stazin from the border constituency of Chushul, said the situation on the border was terrible. “I will not hesitate to put forward my views of the present situation in the border area before the people of Ladakh and outside,” he added.

From Panamik constituency, the BJP’s Tsering Sandup, said the BJP's victory from Nobra Valley, including his success, shows the party has worked for the welfare of the people. He said he would be working in the education sector in his constituency.

The BJP made all efforts to retain its hold on LAHDC Leh even as tension along the Line of Actual Control in Eastern Ladakh and increasing local protests concerning jobs, demography, and identity were raised by the Congress and independent candidates to put the party on the back foot.

The party had sent senior leaders and ministers to Leh for campaigning, leaving nothing to chance.

An electorate of 89,776, including 45,025 women, exercised their franchise in 294 polling stations spread over 26 constituencies across Leh district. There were 94 candidates, including 26 each of the BJP and Congress. Besides the Congress and BJP, the Aam Admi Party (AAP) had fielded 19 candidates. There were 23 Independents in the fray.

The LHDC, Leh was constituted in accordance with the Ladakh Autonomous Hill Development Council Act of 1995 during P.V. Narasimha Rao's government, and its first election was held in 1995. Later during the Mufti Mohammad Sayeed-led PDP rule in 2003, a similar council was established for Kargil district.

The LHDC Leh elections are held after every five years and it has over the years dominated by the Congress.  In 2010 polls, of 26 seats, the BJP won only four and Congress had 22. In the previous council, the BJP had 17 seats, and the Congress four and the National Conference had two seats.

On September 3, the BJP-led LAHDC Leh had passed a resolution, seeking safeguards under Article 371 of the Constitution or Sixth Schedule or domicile law, to protect the tribal rights of the indigenous people of Ladakh.