The BJP workers alleged that the officer, Mohammad Zubair, was asking voters to press the cycle symbol of Samajwadi party. 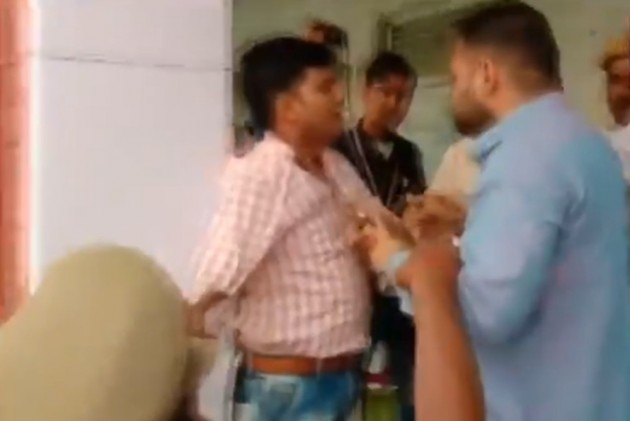 An Election official on Tuesday was allegedly thrashed by the Bharatiya Janata Party (BJP) workers at booth number 231 in Moradabad Lok Sabha constituency.

The BJP workers alleged that the officer, Mohammad Zubair, was asking voters to press the cycle symbol of Samajwadi party.

Police officers present at the spot immediately intervened in the matter and saved the official from getting beaten up by the BJP workers.

Lok Sabha elections began in 39 constituencies across eight states in the north and Northeast India at 7 am today, in the third phase of the general elections 2019.

Five seats in Bihar, four seats in Assam, six seats in Odisha, 10 seats in Uttar Pradesh, seven seats in Chhattisgarh, five seats in West Bengal, and one seat each in Jammu and Kashmir and Tripura are going to polls.