It seemed tough for the BJP to retain power in Haryana with officials stats stating 30 seats for the party while Congress is at 27, INLD at 1 and JJP at 5. 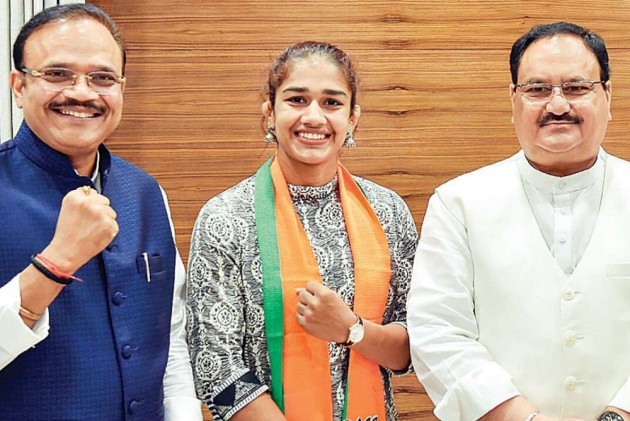 Sportspersons and actors are not new to the political battlefield. The BJP took a cue from the trend and fielded three renowned sporting stars in the Haryana Assembly elections. The move, however, has yielded mixed results.

Ace wrestler Yogeshwar Dutt looks to face a rout in the electoral ring as he is trailing by 26,909 votes against Congress candidate and two-time winner Sri Krishan Hooda from Baroda constituency, according to official Election Commission trends. The Olympic medalist had joined the party late last month and is staring at a defeat given the huge margin.

Commonwealth medalist Babita Phogat who is contesting from the Dadri also seemed to have lost her political debut. Independent candidate Sombir is leading with 40,031 on the seat, while the wrestler was a distant second with a gap of 17,185 votes. Phogat had joined the BJP with her father in August ahead of the assembly polls in the state.

Former captain of the Indian hockey team, Sandeep Singh, emerged as the only saving grace as he is almost certain of netting a seat for the BJP. He is leading from Pehowa with 42,613 votes, however, Congress' Mandeep Singh is not far behind with 37,299, as per official figures of the poll commission.

Overall, it seemed tough for the BJP to retain power in Haryana with officials stats stating 30 seats for the party while Congress is at 27, INLD at 1 and JJP at 5.

The elections for 90 Assembly seats in Haryana were slated on October 21.