What BJP Wants: Keep Mamata Banerjee Away From Delhi 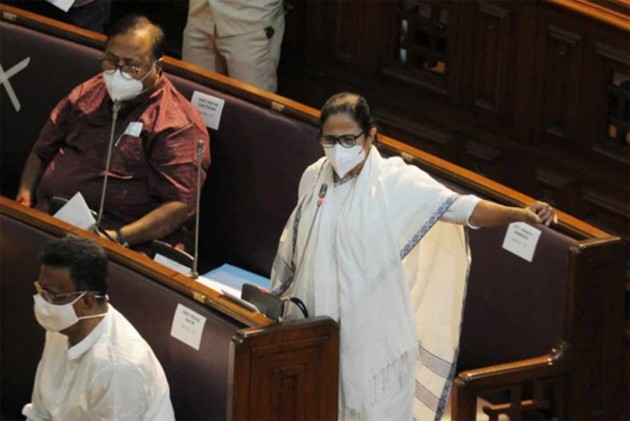 Ever since the votes were counted on May 2 and the BJP emerged as the single Opposition party in West Bengal with 77 seats – wiping out the Congress and the Left – it was evident that the saffron party will keep chief minister Mamata Banerjee on her toes. And it seems to be succeeding quite well.

Now with the arrest of four TMC leaders, including two ministers Firhad Hakim and Subrata Mukherjee, and legislator Madan Mitra by the CBI for bribery and corruption in the Narada case, it is clear that the BJP-led Centre is going to keep up the political pressure on Mamata Banerjee and ensure her attention remains confined to the state. Quick to take the bait, the chief minister, known for her impetuosity, left everything and sat on a dharna outside the CBI office in Kolkata on Monday. She left after six hours when the matter was taken up by the court.

The BJP apparently knows how to press her buttons. She may have succeeded in keeping the BJP away from the government, but the party will ensure that Mamata’s third term as West Bengal chief minister is not a cakewalk. Even as her victory has given a fresh lease of optimism to the morose Opposition parties and catapulted Mamata as their possible leader to unitedly take on the BJP in 2024, she may well remain tied down in West Bengal, protecting her turf.

Not a single day has passed since the votes were counted and TMC emerged as the big winner when Governor Jagdeep Dhankhar did not take to Twitter to flag the “lawlessness and anarchy” in the state, calling upon the chief minister to act and restore order. He has written letters to the chief minister demanding answers. The proactive governor has travelled across many parts of the state that saw post-poll violence. He has sought briefings by the state chief secretary, the DGP and the home secretary.

Keeping the pressure on, the Centre sent a team of officers from the Ministry of Home Affairs (MHA) to review the situation. Senior BJP office bearers, including party president J.P.Nadda, have been visiting the state and meeting with families of those affected by political violence in the wake of poll results. The BJP’s plan, it appears, is to not give Mamata Banerjee any breathers and keep her preoccupied with firefighting in the state, and at the same time keep strengthening its base to uproot her in the next Assembly elections.