The saffron party said that they will soon form government in Maharashtra with support from 119 MLAs. 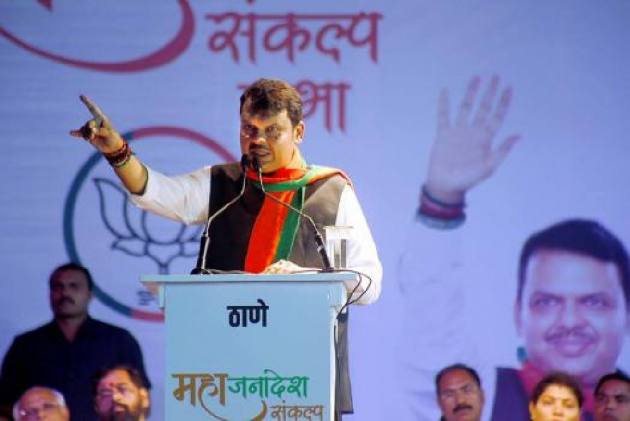 The Shiv Sena alleged on Saturday that the BJP's recent show of confidence to form government in Maharashtra has made its intention of horse-trading under the guise of President's rule evident.

State BJP chief Chandrakant Patil had on Friday said that they will soon form government in Maharashtra, after initially telling the governor they could not stake claim without the support of Shiv Sena.

Patil claimed that his party can count on the support of 119 MLAs in the 288-member Assembly following some of the Independent MLAs allying with them even after its oldest ally Shiv Sena broke ties.

In its mouthpiece Saamana, Sena also hit out at former chief minister Devendra Fadnavis over his remark that the Shiv Sena-NCP-Congress alliance won't last beyond six months, saying the new political equation was giving "stomach ache to several people".

"Those with 105 seats had earlier conveyed to the governor that they do not have the majority. How come are they now claiming that only they will form the government?" Sena said in Saamana , adding that this made evident BJP's intention of horse-trading under the guise of President's rule.

"...the intention of horse-trading stand exposed now. The lies of those promising transparent governance are becoming evident now," it said, adding that "unethical" ways do not suit the tradition of the state.

Maharashtra has been under President's rule since Tuesday after no party or alliance could stake claim to form government or conveyed support of adequate number of MLAs to Governor Bhagat Singh Koshyari.

The Sena reached out to the Congress-NCP combine for government formation after its demand for sharing the chief minister's post and equal distribution of portfolios was rejected by the BJP, its pre-poll ally.

The BJP and the Sena, which fought the October 21 polls in alliance, secured a comfortable majority by winning 105 and 56 seats, respectively, in the 288-member assembly.

The Congress and the NCP, pre-poll allies, won 44 and 54 seats, respectively.

Referring to Union minister Nitin Gadkari's Friday comment in which he alluded to cricket, saying anything could happen, the Shiv Sena said, "Gadkari is not related to cricket. He is related to cement, ethanol, asphalt and other things."

On Friday, the Union Minister of Road Transport and Highways had said "anything" could happen in cricket and politics as those who appear to be losing the match might actually win the game.

There is "horse-trading and fixing" in cricket too, it alleged.

"Hence, the suspicion is always there whether it is the game that wins or the fixing (in cricket). Hence, Gadkari likening Maharashtra politics to the romantic game of cricket is apt," it said.

Meanwhile, the Shiv Sena is working with the Congress and NCP to formulate a Common Minimum Programme (CMP), which will be the basis of their alliance. NCP has said when they form government, Sena will get the chief minister's post.