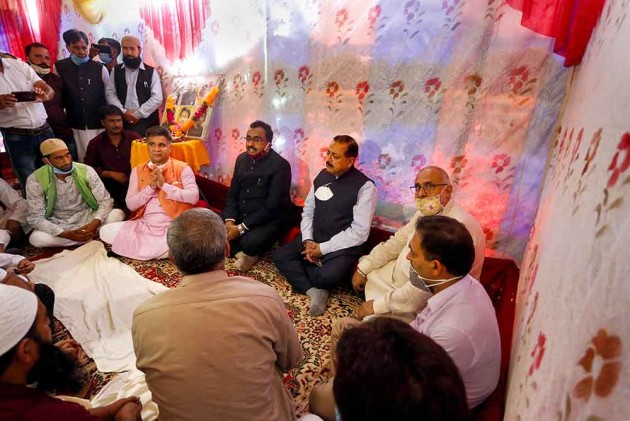 Union minister Jitendra Singh and BJP general secretary Ram Madhav have gone into self-quarantine after party's Jammu and Kashmir unit president Ravinder Raina, who had accompanied them to the residence of a slain party leader, tested positive for coronavirus on Tuesday.

Singh, who is also a party MP from Udhampur, said he has gone into self-quarantine.

"Have gone into self-quarantine with immediate effect from 4 PM today, after receiving the news about corona positive test of J&K BJP President Ravinder Raina who had accompanied us from Srinagar to Bandipora on 12th July," he tweeted.

Singh, Minister of State for Personnel, had visited the house of his party colleague Waseem Bari, who along with his father and brother were shot dead by terrorists in North Kashmir's Bandipora last week.

Singh, who is also a doctor, was accompanied by Raina, Madhav and other leaders during the visit to Bari's residence.

Madhav also tweeted, "Am quarantining myself for a few days since my colleague and BJP J&K President Ravinder Raina tested positive for corona today and I was with him 48 hrs ago in Srinagar. I tested negative for corona 4 times during travel in last 2 weeks. Yet taking precautions to ensure safety of me and others."

Earlier in the day, Raina said, "I have tested positive for COVID-19. I had gone to Bandipora area of north Kashmir to take part in the last rites of slain BJP leader, his father and brother. I was there for the past five days."