BJP President JP Nadda slammed Gandhi for lying about taking the consent of the family of a Dalit rape victim in Delhi before posting their image online. 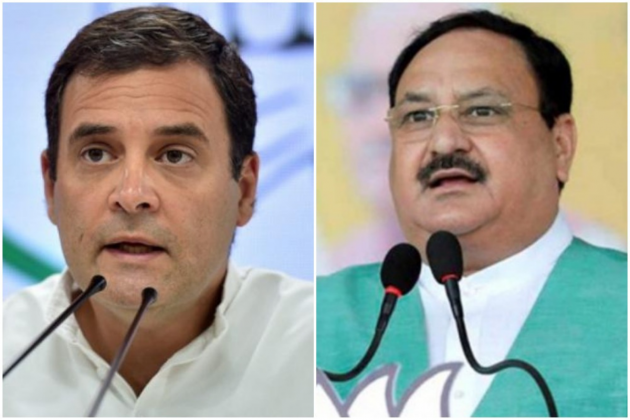 Days after social media platform Twitter unlocked Congress leader Raahul Gandhi's account,  BJP president J P Nadda slammed Gandhi for tweeting images of the family of a Dalit minor rape victim. On Tuesday, Nadda hit out at Gandhi and said that matters such as these should not be politicised for the petty political interests.

The BJP also demanded that Twitter should again lock Gandhi's account as the victim's family has denied his claim that he took their consent before posting the pictures.

"Rahul Gandhi has lost credibility and is a habitual liar. The public has locked its (Congress) political account, now Twitter should also lock his account," party spokesperson Sambit Patra said.

The attacks came days after Twitter unlocked the accounts of Gandhi and other Congress leaders whose accounts had been restricted following the rape case.

Gandhi's and Congress' accounts were temporarily suspended last week after he tweeted pictures of the family of the nine-year-old victim of alleged rape and murder in Northwest Delhi. Twitter deemed it as a violation of its rules.

The former Congress chief had made a strong outburst on Friday accusing Twitter of "interfering in the national political process" and said shutting down of his handle amounted to an "attack on the country's democratic structure".