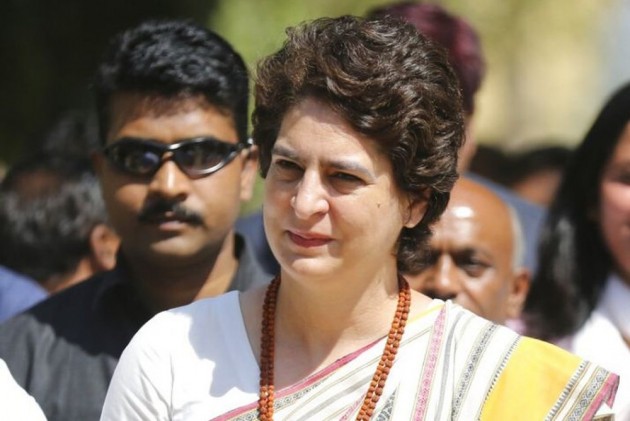 Priyanka, who took a plunge into active politics in January this year, said there was growing public anger and pain for which people will give a message to PM Modi during the ongoing Lok Sabha polls.

"This is an election in which we are fighting for India we all love and for democracy," she told PTI, adding the NDA-led central government had targetted every single person who dared to speak against the ruling party.

"Any leader whether it is him (Modi) or anyone else, if public pain is not addressed, if the voice of the people is drowned by the voice of one leader or by the kind of ideology they have, they will have to suffer the consequences. So I think the people are very clear," she said.

She said the ongoing Lok Sabha elections are very crucial as the Congress is fighting to protect the idea of India and the contest is between ideologies.

"It is an election in which we are fighting for the India that we all love, for democracy, and for all those values of democracy that we hold dear because institutions are being destroyed by this government," she said.

Asked whether she is dejected about not contesting the Lok Sabha polls from Varanasi against Modi, Priyanka Gandhi said she "feared no one" and went by the direction of the party.

She said it is important for her to strengthen the party in Uttar Pradesh as she is campaigning not for herself but for the Congress candidates.