The failed Operation Lotus, irrespective of its outcome, has once again brought out the fissures within the MP Congress and indicated that various party leaders, including legislators, are not happy with the organisation. 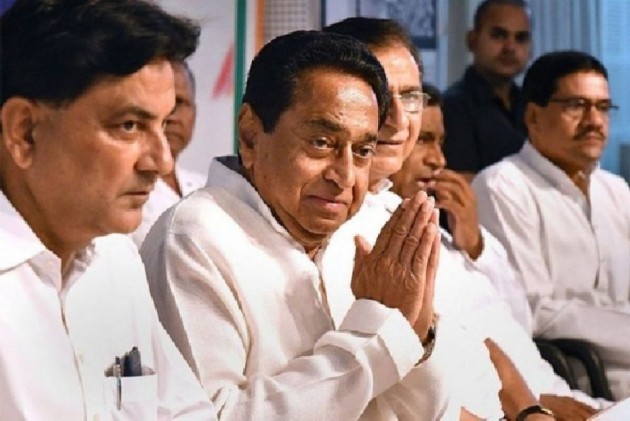 Firstly, let’s get the chronology right. Kamal Nath government is in crisis. Will Operation Lotus succeed in Madhya Pradesh? Headlines across television news channels began screaming late on Tuesday night. By the early hours of Wednesday, it appeared that 10 MLAs – six from the Congress and four others supporting Nath, whose government has a wafer-thin majority in the 230-member state assembly – had reportedly been ferried to a five-star hotel in Manesar, Haryana and quarantined.

Earlier on Tuesday, former chief minister and veteran Congress leader Digvijaya Singh had cautioned the Nath government of the likelihood of such a development. With Singh’s prediction coming true within hours, he was among the first party leaders to be dispatched to the Manesar hotel to salvage the situation. Soon after, Singh’s son, Jaivardhan Singh, a minister in the Nath government, flew in from Bhopal to reach the hotel along with cabinet colleague Jitu Patwari.  What ensued was a heated argument at the hotel with Haryana police personnel, who reportedly tried to prevent the Congress leaders from meeting the legislators “locked in” by the BJP. Amid the melee, BJP leaders managed to get four legislators – Bisahulal Singh, Hardeep Singh, Raghuraj Kansana (from the Congress) and Surendra Singh ‘Shera’ (independent) – out of the hotel and flew them to Bangalore, Digvijaya Singh told Outlook. Jaivardhan and Jitu Patwari managed to leave the hotel with BSP legislator Ram Bai. However, whereabouts of the remaining legislators reportedly abducted by the BJP, remained a mystery. All this happened in the wee hours of Wednesday.

By morning, Nath had also dispatched his trusted aide and finance minister Tarun Bhanot to Delhi to coordinate efforts to ‘rescue’ the legislators from the BJP. As a posse of media persons descended on the hotel premises, Digvijaya slammed the BJP for “trying to topple the Kamal Nath government by using threats and money”. He named former chief minister Shivraj Singh Chouhan, state BJP leaders Narottam Mishra, Bhupendra Singh, Vishwas Sarang and Sanjay Pathak as architects of ‘Operation Lotus’ in MP but exuded confidence about the stability of the Nath government.

Back in Bhopal, Nath met several of his cabinet colleagues while Tulsi Silavat and Govind Singh Rajput – ministers loyal to sulking satrap Jyotiraditya Scindia – stayed away from the crisis meeting. Nath’s office told reporters that there was no danger to stability of the government and the chief minister will soon address the press. However, within an hour, the press conference scheduled for 3 pm was cancelled without any explanation.

The rapid developments gave the impression that Nath’s days as Madhya Pradesh chief minister may indeed be numbered. Was Operation Lotus, an earlier version of which had toppled the Congress-JD (S) coalition in Karnataka last year after 17 MLAs of the ruling combine switched to the BJP, on the brink of success in MP too?

The timing of the disappearance of Nath’s legislators strengthened the impression since it came weeks ahead of the scheduled Rajya Sabha polls wherein three seats from the state are to be filled. The similar numerical strength of the Congress (114 MLAs) and BJP (107 MLAs) in the 230-member M.P Vidhan Sabha has made the forthcoming Rajya Sabha polls a tricky one. While the Congress and BJP can both safely ensure the election of one candidate each, the selection for the third one is expected to go down to the wire. The Congress, with the additional support of four independent legislators, two BSP MLAs and one from the SP, is hopeful of getting the second seat. However, if the BJP managed to break away 10 legislators from the ruling party, the second seat may fall in its kitty.

Since the budget session of the MP assembly is about to start, a no-confidence motion to force a floor test in the Vidhan Sabha has been ruled out. However, if Nath fails to secure a majority of the votes when the budget is put to vote, his government would automatically be rendered a minority one, allowing the BJP to regain power in the state it lost after a 15-year-reign in December 2018.

But here comes the twist. By Wednesday evening, it had become clear that at least six of the legislators reportedly kidnapped by the BJP were back in the Congress fold. While BSP MLA Ram Bai had been ‘rescued’ by Jaivardhan and Patwari early Wednesday, her party colleague Sanjeev Kushwaha along with SP legislator Bablu Shukla and Congress MLAs Andal Singh Kushwaha and Ranveer Jatav all returned to Bhopal and reiterated “full support for and faith in” Kamal Nath.

Meanwhile, BJP leaders accused of activating Operation Lotus beat a hasty retreat. Chouhan and Mishra, who were in Delhi since Tuesday, claimed there was no attempt to topple the Nath government which according to them “could collapse any day because of internal feuds… the BJP doesn’t need to get involved”. Chouhan returned to Bhopal by Wednesday afternoon. His intra-party rivals and BJP veterans Kailash Vijaywargia and Gopal Bhargava also claimed that the BJP had not tried to break away any MLA from the Congress.

However, the continued absence of four legislators – Bisahulal Singh, Hardeep Singh, Raghuraj Kansana and Surendra Singh ‘Shera’ – should have kept the Congress nervous. On the contrary, the party insisted that the four would be back within its fold soon. Digvijaya told Outlook that the four had been “forcibly taken away by Narottam Mishra and some anti-social elements supporting the BJP”. The former chief minister conceded that though Hardeep Dang had some complaints with the Congress, he had “no doubt” about the loyalty of Bisahulal, Raghuraj and Surendra Singh towards the Grand Old Party.

By Wednesday evening, it was almost certain that the BJP’s coup d’état was galloping towards failure. The proactive role that Digvijaya played in steadying Nath’s rocky boat ensured that he was seen as the man who saved the Congress government in MP. The importance of his achievement cannot be overstated at a time when the Congress seems divided on the question of re-nominating Singh for another Rajya Sabha term when the biennial polls are held later this month. Expectedly, senior BJP legislator Rameshwar Sharma claimed that the threat to Nath’s government “wasn’t a ploy by the BJP but a clever maneuver by Digvijaya Singh”. Sharma told Outlook, “There have been reports that the Congress doesn’t want to send Digvijaya to Rajya Sabha. His political career is going nowhere and he has done this to send his party leadership the message that survival of the Nath government depends on his support. He is blaming the BJP to deflect attention”.

Sharma’s allegation may appear a stretch. However, the ensuing Rajya Sabha polls will certainly force the Congress to strike a tough balance. It is no secret within the Congress that the party high command wants Scindia as its first preference for a Rajya Sabha berth from MP. For the second berth, the fight for which could swing either way between the Congress and BJP, though a section of the leadership has been backing Digvijaya’s candidature, there is also an equally strong push for a leader from the Muslim or Dalit community. Sources say Deepak Babaria, the party’s in-charge general secretary for MP, is learnt to be against a second Rajya Sabha term for Digvijaya and has conveyed this in no uncertain terms to some state Congress leaders. A final call on the candidates is expected to be taken by interim Congress chief Sonia Gandhi over the next few days and it would be interesting to see whether she duly acknowledges Digvijaya’s efforts at saving Nath’s government or gives him the proverbial cold shoulder.

Another critical side to the failed Operation Lotus is that, irrespective of its outcome, it has once again brought out the fissures within the MP Congress and indicated that various party leaders, including legislators, are not happy with the organisation. Congress leader Vivek Tankha admitted that “there is an element of dissatisfaction within the state leaders”, but explained that this was because “we have not been able to name a state Congress president who can discharge the duties without other distractions”. Currently, Nath is also the state Congress president. Ever since the Lok Sabha poll results, Nath has repeatedly urged Sonia Gandhi to name a new MP Congress chief but to no avail. While Scindia’s loyalists want the post to be given to him, other leaders – particularly those close to Digvijaya – are reportedly not comfortable with the idea. The resultant stalemate has prevented the nomination of a full-time state Congress chief. A section of state Congress leaders claim that if Digvijaya is not elected to the Rajya Sabha, he should be made the MP Congress chief – a post he held in the late 1980s too – because he has proved that “only he has the political skills to ensure that the Nath government lasts a full five year term”.