The awardees for the year were announced on the eve of India's 70th Republic Day. 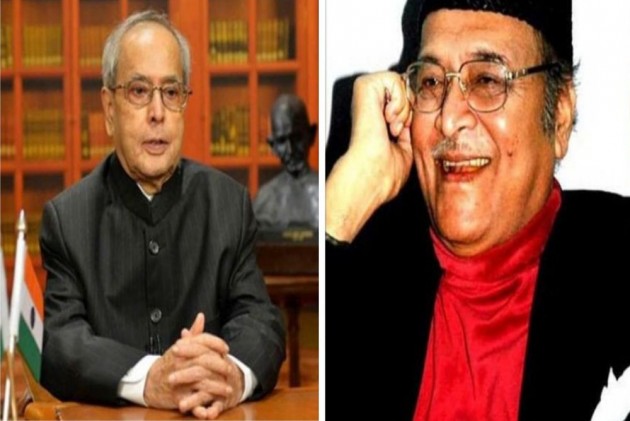 Pranab Mukherjee, former president of India, has been awarded the Bharat Ratna. The government of India has also decided to confer the Bharat Ratna on Bhupen Hazarika (posthumously) and Nanaji Deshmukh (posthumously). Mukherjee becomes the sixth Bengali (after Dr. B C Roy, Aruna Asaf Ali, Satyajit Ray, Ravi Shankar and Amartya Sen) to receive the highest civilian honour. While Prime Minister Narendra Modi has praised Mukherjee for being a Bharat Ratna in his tweet, there has been no response from the chief minister of West Bengal Mamata Banerjee yet.

The octogenarian leader from Bengal, with his long and successful political career, is no doubt a deserving candidate for this award. But the decision might be viewed differently in the backdrop of upcoming general elections.

While the decision to honour Nanaji Deshmukh is not surprising as he was a member of the Sangh parivar and ardent follower of Sangh’s Hindutva ideology, the fact that Mukherjee’s political career has been intrinsically linked with the Congress and the recognition is given by a government that is strongly opposed to his party’s political ideology, might baffle the Congress leaders. It is true that Mukherjee has not only been an able administrator in the government and strategist for his party, but his capacity to rise above petty party politics often made him acceptable among other political leaders too.

His visit to RSS headquarters in Nagpur in 2018 to address swayamsevaks drew criticism from several Congress leaders. While paying respects to RSS founder and ideologue K B Hedgewar, Mukherjee, in the visitor’s book described him as ‘’a great son of Mother India, oblivious to the fact that late Hedgewar had devoted his entire life to promote a narrow and divisive idea of Mother India. Hedgewar, the founder leader of RSS was known for his exclusive politics and for him, the Hindu identity was inseparable from Indian identity, and Muslims were excluded. Yet, by paying homage to this ‘’great son of Mother India,’’ the former President of India gave RSS a sort of legitimacy that it needed to pursue their hate politics. Sceptics may level a charge that it was perhaps a quid pro quo that Narendra Modi decided to confer Bharat Ratna on Mukherjee, within a year of his visit to Nagpur.

The Bharat Ratna has often been surrounded with controversies. There have been instances in the past where the award has been given to politicians who were not fellow travellers. In 1988, Rajiv Gandhi decided to honour Dravidian leader M G Ramchandran posthumously. But his decision was criticised as a ploy to influence Tamil voters prior to the state assembly election in 1989. Similarly, Indira Gandhi’s decision to honour Congress leader K Kamraj posthumously in 1977 was viewed as a move to influence Tamil voters before general elections.  In 1992, P V Narsimha Rao had proposed to confer Bharat Ratna on Netaji Subhas Chandra Bose posthumously, however the freedom fighter’s family declined to receive the award. B R Ambedkar was conferred Bharat Ratna posthumously in 1990 by V P Singh. Similarly, Khan Abdul Gaffar Khan (Frontier Gandhi), Sardar Vallabhbhai Patel, Madan Mohan Malviya were honoured posthumously.

It’s difficult to not notice the timing of the 2019 Bharat Ratna awards. BJP has made it known to everybody that ahead of the upcoming Lok Sabha elections, their focus is on east and northeast India. By honouring Mukherjee, the BJP might expect a positive response from the people of West Bengal, where they need a Bengal icon to attract voters. Also, the BJP can now claim that unlike the Congress, they are more inclusive. Similarly, by honouring late Bhupen Hazarika, they hope to assuage the anger among people of Assam over the Citizenship Amendment Bill. However, the active participation of Hazarika’s son during protests over the Citizenship Bill, indicates a greater chasm might have developed in the state which the BJP may find difficult to bridge.

The Bharat Ratna and Padma awards have often been used by the ruling parties to extract political mileage. Besides, the hectic lobbying for including various names in the list of awardees, and criticisms that follow, often mar the halo around it. Morarji Desai was the only prime minister who was opposed to the idea of such civilian awards and had stopped giving awards during his tenure.

(Rajat Roy is a Kolkata based journalist. Views expressed are personal.)