BJP's Suresh Prabhu In Self Quarantine Despite Testing Negative For Coronavirus

Prabhu was tested after his visit to Saudi Arabia to attend the second Sherpas meeting last week. Saudi Arabia has so far reported 171 cases. 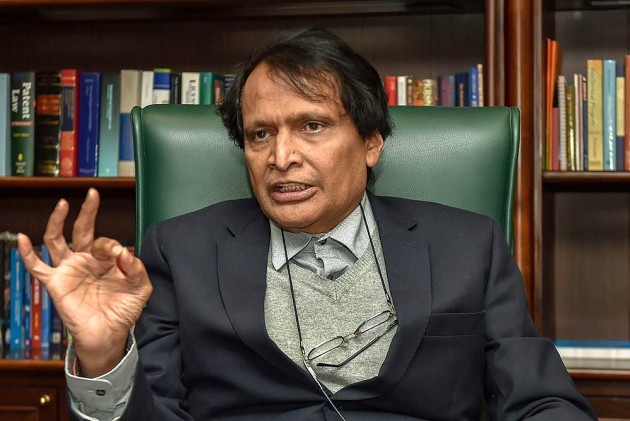 BJP lawmaker Suresh Prabhu has put himself under isolation at his residence for the next 14 days as a precautionary measure, even after testing negative from coronavirus following his return from Saudi Arabia.

In a letter to Rajya Sabha Chairman M Venkaiah Naidu, the BJP leader said that he would not be able to attend the ongoing Parliament Sessions till the end of this isolation period.

"I wish to inform that consequent upon my return from a recent visit to Saudi Arabia to attend the Second Sherpas' Meeting for the upcoming G20 Summit in At Khobar on 10. March 2020, as a precautionary measure, even after testing negative, I have kept myself under isolation at my residence for the next 14 days in the wake of the Corona Virus spread as per advisories," the letter read.

"Therefore, I would not be able to attend Parliament Sessions till the end of this isolation period. This precautionary step has been taken taking into consideration the health of all the Members of Parliament and the Parliament Staff and Visitors," it added.

Meanwhile, a total of 137 positive cases of coronavirus have been reported in India so far and three persons have lost their lives while undergoing treatment of the virus. (ANI)