Brigadier Khushal Thakur, 65, is a decorated army officer, who is currently chairperson of HP Ex-Servicemen Corporation. He hails from Kullu and had been a contender for the BJP ticket since 2014. 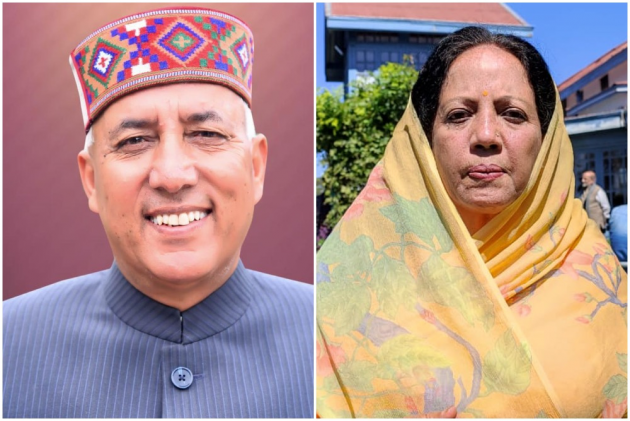 His name was announced this morning while the Brigadier was already alerted about this on Wednesday evening.

This is ruling BJP’s trumph card against the Congress’s clever move to bring back six-time former Chief Minister Virbhadra Singh’s wife Pratibha Singh to the contest, almost seven years after she had lost her seat to BJP’s Ram Swaroop Sharma, a former RSS full-timer and BJP vice-President in 2014.

Sharma had again won the seat in 2019 with a record margin but Pratibha Singh, a two-time MP , did not take the electoral plunge.

This has definitely put the Congress into a bigger crisis with regard to finding a leader of his stature. The only hope was to bank on his legacy – Pratibha Singh, whose poll campaign as she hinted will be entirely based on seeking "a tribute from the public towards massive development credited to six-decades of Virbhadra Singh’s political inning, his six Chief Ministerial terms, four-time MP,three-time union minister and four-time PCC President ---who else can have this profile?”.

But, the BJP which believed that Pratibha Singh will not jump into the electoral battles in view of ‘respect and regards’ that party had extended to the former Chief Minister has chosen to play a hard game.

Brigadier Khushal Thakur, 65, is a decorated army officer, who is currently chairperson of HP Ex-Servicemen Corporation. He hails from Kullu and had been a contender for the BJP ticket since 2014.

The BJP see him as the most potential candidate,keeping his stature and track record as a war hero at Kargil in view.

In Bollywood film LOC: Kargil (2003), his role was played by Raj Babbar. He was commanding 18 Grenadiers.

He had not only been instrumental in capturing Tololing but later the Tiger hill, which brought Paramvir Chakra awardee, Capt Vikram Batra, into the limelight.

This is the first time that Virbhadra Singh, who used to be standing by her side in earlier elections, will be missed the most, admits Mukesh Agnihotri, leader of Opposition.

He says the Congress campaign will be built on Virbhadra Singh's works and contributions across the state and not alone in Mandi, where he remained MP four times.

For three assembly bypoll, BJP has unveiled a major surprise with Jubbal Kotkhai declining ticket to Chetan Bragta, an IT professional and son of former minister Narinder Bragta. Bragta's demise has created the vacancy.