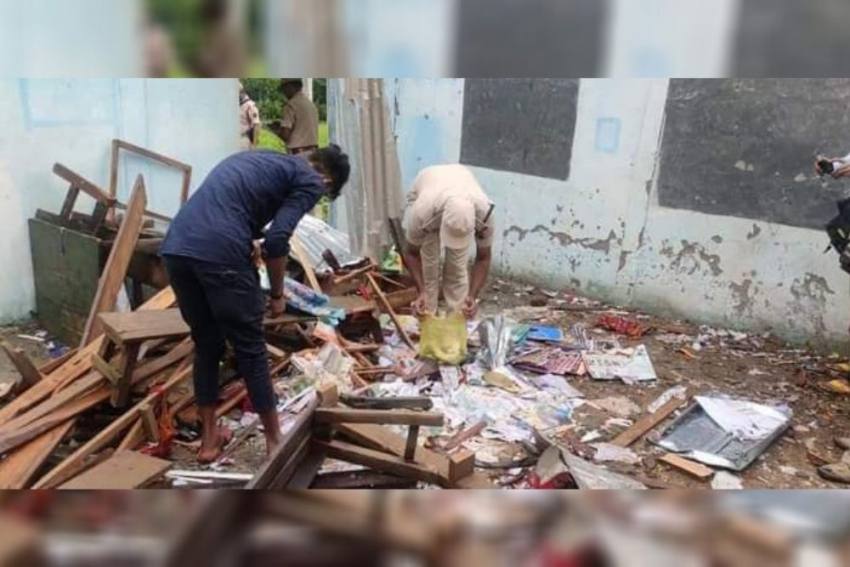 Unidentified miscreants triggered a blast inside a school in Assam close to the border with Mizoram on Friday night in a replica of such incidents in the past that had contributed to building tension at the interstate border. The incident comes days after peace appeared to have returned at the border following lifting of an over-a-week-long economic blockade imposed by some civil organisations in Assam.

Friday night’s incident took place at the Pakua Punjee LP School in the Gutguti area of Hailakandi district causing some damage to the building. The matter came to light after local residents traced the sound of an explosion to the school. According to police, it is located about 500 metres from the border.

In February, miscreants carried out two blasts at the Muliwala Lower Primary School in the same district. Prior to that, two schools in neighbouring Cachar district were also bombed.

A string of law and order incidents at the border since October last year culminated in the firing by Mizoram Police which left six Assam Police personnel dead on July 26. In retaliation, some civil organisations in Assam imposed a blockade not allowing vehicular movement to Mizoram for over a week.

Meanwhile, according to some reports, tension was brewing in the Bilaipur area of Katlichera in Hailkandi district after some people from Mizoram allegedly arrived carrying sophisticated weapons to build a road. They had even brought an earth-mover along. Seeing the armed persons, local residents fled the area. Katlichera MLA Suzam Uddin Laskar has apprised the state director general of police of the development and sought his intervention.

Assam and Mizoram have a long-standing dispute over the nearly 165-kilometre-long border with the latter not willing to accept it. The two states have yet again initiated talks after the July 26 blood-bath to try and find an amicable solution.