Jaishankar And Blinken Agree To Continue Coordination, Held Second Meeting In a Week On Afghanistan

'Productive call with @DrSJaishankar today (Thursday) about Afghanistan. We agreed to continue our close coordination.', US Secretary of State Antony Blinken tweeted after the call. 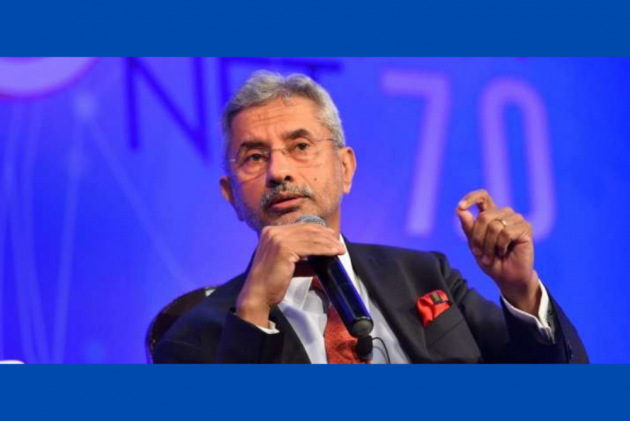 For a second time within the time span of a week, US Secretary of State Antony Blinken and External Affairs Minister S Jaishankar held a conversation to discuss the ongoing unrest and anarchy in Afghanistan and agreed to continue with their close coordination over the matter.

After spreading atrocities all across the country since past few weeks, the Taliban finally conquered Afghanistan on Sunday. The brutal insurgents gained this invincible power as Joe Biden's regime decided to withdraw the US troops from the country following a 20-year brutal war.

The sudden unrest has sparked massive chaos at Kabul's airport, from where America and allied nations are trying to safely evacuate thousands of their citizens and allies.

India on Tuesday rushed back home its ambassador Rudrendra Tandon and staff from the embassy in Kabul in a military transport aircraft.

Blinken spoke with Jaishankar over the phone on Thursday to discuss the situation in Afghanistan, State Department spokesperson Ned Price said.

"Secretary Blinken and Minister Jaishankar discussed Afghanistan and agreed to continued coordination," Price said in a readout of the call.

"Productive call with @DrSJaishankar today (Thursday) about Afghanistan. We agreed to continue our close coordination," Blinken tweeted after the call.

Blinken and Jaishankar last spoke on Monday and discussed the situation in the conflict-torn country. During their call, Jaishankar “underlined the urgency of restoring airport operations in Kabul."

The main challenge for travel to and from Afghanistan is the operational status of the Kabul airport.

On Thursday, Jaishankar said that India is working with international partners, principally the US, in bringing stranded Indian nationals back home from Afghanistan.

Jaishankar said this while addressing reporters at the UN Security Council stake-out after chairing the Security Council briefing on the 'Threats to international peace and security caused by terrorist acts’, held under India’s current Presidency of the Council.

In response to a question, he said on the issue of “where we go on from now” with the Taliban in control in Afghanistan, he said: “the immediate issue that we are looking at is really the repatriation of our nationals. In India’s case, India’s nationals, other countries have their concerns”.

“We are working with international partners in this regard, principally the US, because they control the (Kabul) airport,” Jaishankar said.

The Government of India is committed to the safe return of all Indian nationals and will institute flight arrangements once Kabul airport is open for commercial operations, the Ministry of External Affairs said on Tuesday in New Delhi.