Kamal Haasan said he would join hands with Rajinikanth for Tamil Nadu's welfare. 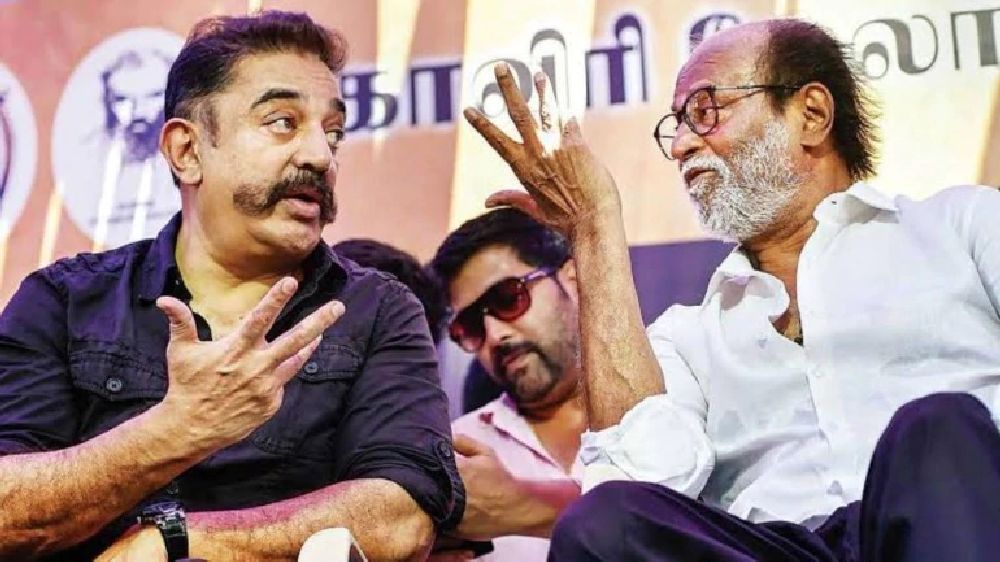 Kamal Haasan and Rajinikanth, the two Tamil movie megastars with political ambitions, said here on Tuesday they could join hands if needed.

While Kamal Haasan has floated a party called the Makkal Needhi Maiam (MNM), Rajinikanth has announced his intentions to launch a political party and contest all the 234 Assembly seats in the state as and when the polls are announced.

Speaking to reporters at the airport Kamal Haasan said, he and Rajinikanth were friends for a long time and if needed they would join hands for the welfare of Tamil Nadu.

The first pitch was made by Haasan who on Tuesday backed superstar Rajinikanth over his comments describing Chief Minister K Palaniswami coming to the top post as a wonder, saying it was a "not a criticism but the reality."

Haasan also said he would join hands with Rajinikanth for Tamil Nadu's welfare.

"If a situation arises wherein me and Kamal have to join hands for the welfare of people of Tamil Nadu, we will surely come together," Rajinikanth said.

Rajinikanth, who has announced he would launch his political party to contest the state assembly elections due in 2021, was responding to questions from reporters on Haasan's remarks earlier.

While backing Rajinikanth's comments on Chief Minister K Palaniswami, which have drawn the ire of ruling AIADMK, Haasan said he would "travel together" with his contemporary for Tamil Nadu's welfare.

However, Haasan gave no indication of the two aligning politically.

Rajinikanth on Sunday said Palaniswami "would not even have dreamt" of becoming the chief minister and described the AIADMK leader's elevation as "wonder and marvel", which has drawn a sharp reaction from the ruling party.

Incidentally, the remarks were made at an event here to mark Haasan's 60 years in the cinema industry.

"It is not a criticism, but reality.. truth," Haasan told reporters when asked about his film industry contemporary's remarks.

Rajinikanth had said "two years ago, Honourable Edappadi (Palaniswami) would not have even dreamt of becoming Tamil Nadu Chief Minister.... marvel and wonder--it happened."

The ruling AIADMK has reacted sharply to Rajinikanth, saying Palaniswami did not become chief minister by chance but made his way up through party ranks by sheer hardwork.

"There is nothing new in us joining hands as we have been united for the past 44 years," Makkal Needhi Maiam (MNM) founder Haasan said about Rajinikanth, apparently referring to their stint in the film industry.

Rajinikanth made his debut in the Tamil film Apoorva Ragangal (1975) starring Haasan and the late Srividya and 'Major' Sundarrajan in key roles.

The two actors later went on to star in many movies, before both emerged icons.