BMC Official Drinks Sanitizer Instead Of Water At Meeting

The incident comes three days after 12 children were administered hand sanitizer drops instead of oral polio vaccine drops at a village in Maharashtra's Yavatmal district. 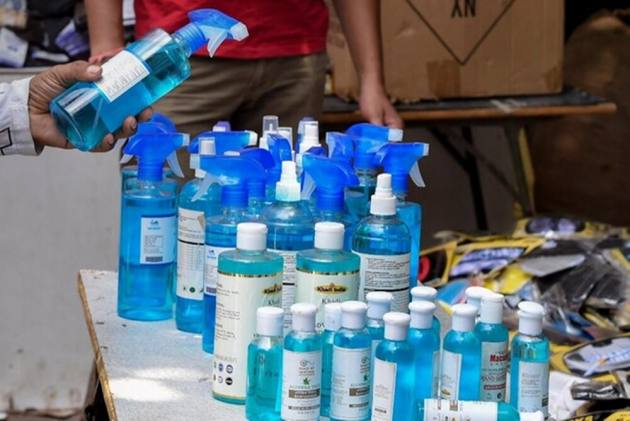 In a surprising incident, an official of the Brihanmumbai Municipal Corporation (BMC) while presenting the civic body’s education budget drank sanitizer instead of water.

He drank the sanitizer by mistake and immediately spat it out, the officials said.

The incident comes three days after 12 children were administered hand sanitizer drops instead of oral polio vaccine drops at a village in Maharashtra's Yavatmal district.

Ramesh Pawar, the assistant municipal commissioner of the Brihanmumbai Municipal Corporation (BMC), took a sip of sanitizer from a bottle kept on his desk in the general body meeting hall after he sat on the dais along with other officials to present an e-budget for education.

A video of the incident also later went viral on social media in which the official was seen opening a bottle with a white cap and taking the sip.

According to BMC officials, Pawar immediately realized that he drank sanitizer instead of water and some civic staffers present there also alerted him.

He then rushed out of the hall, spit out the sanitizer and rinsed his mouth, they said.

Pawar returned within a few minutes and presented the civic body's education budget having an outlay of Rs 2,945.78 crore for the year 2021-22.

According to civic officials, Pawar drank the sanitizer probably because the size and color of the sanitizer and water bottles were similar.

Earlier, in a case of gross negligence, 12 children, aged below 5, were administered hand sanitizer drops instead of oral polio vaccine drops at a primary health centre at Kapsikopri village in Yavatmal.

Subsequently, one of the children complained of vomiting and uneasiness, a district official earlier said.

The affected children were subsequently admitted to a government hospital and their condition was stated to be stable, the official said.