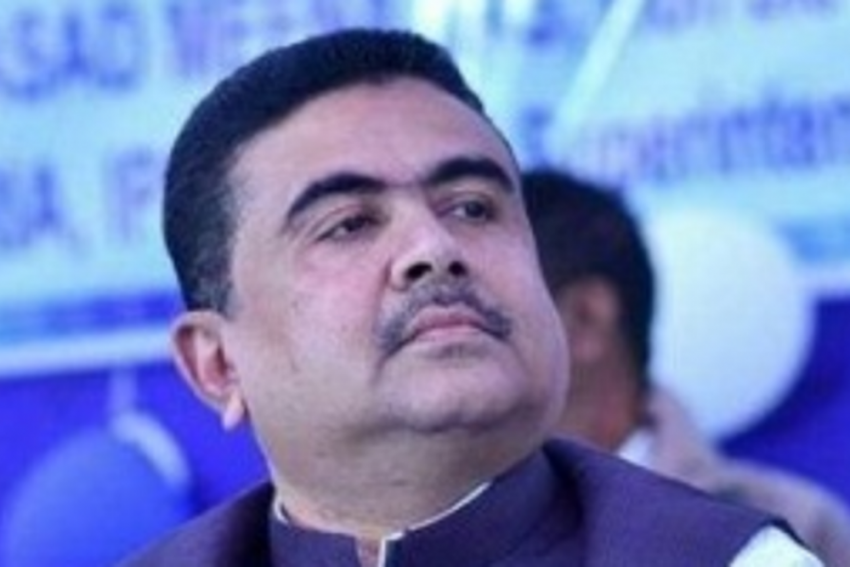 West Bengal CID team visited BJP MLA Suvendu Adhikari's residence in Kanthi on Saturday, the second time this week, as part of its probe into the unnatural death of his security guard three years ago.

A senior officer of the agency said that a four-member team of CID detectives reconstructed the scene of Subhabrata Chakraborty's reported suicide.

Chakraborty, a personnel of the state armed police force, had allegedly shot himself with his service revolver in 2018. His wife, Suparna, recently filed a complaint demanding a fresh probe into his death.

According to the Criminal Investigation Department (CID) officer, the sleuths have prepared a "sketch map" to get a better understanding of the incident.

"We will not be able to divulge the details. All we can say is we have not faced any resistance from the residents of the building. We will revisit the place for furthering our probe, if necessary," he maintained.

The state-run agency has so far questioned at least 11policemen -- three police officers and eight constables – in connection with their probe, he added.

On Wednesday, too, the CID team had visited the Adhikari household in Purba Medinipur district in connection with the probe.

Adhikari's brother and Tamluk MP Dibyendu said, "They can come here a 100 times, we will keep cooperating... We have so far helped by providing answers to all their queries."