In a tweet, she thanked the party for the "warm welcome" and said she looks forward to "serve the nation". 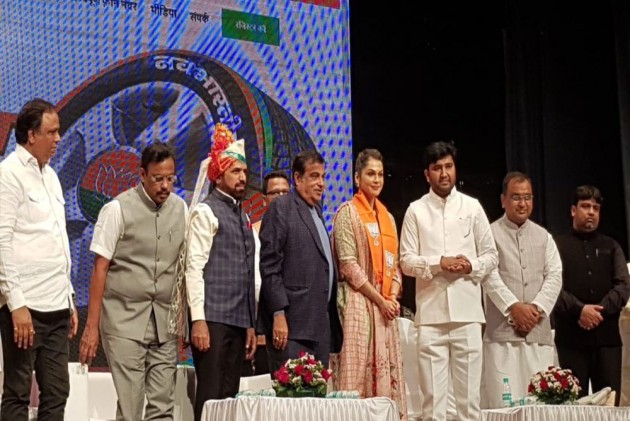 Bollywood actress Isha Koppikar joined the Bharatiya Janata Party (BJP) on Sunday in the presence of Union Minister Nitin Gadkari. Koppikar has been appointed as the working president of the BJP's women transport wing.

In a tweet, she thanked the party for the "warm welcome" and said she looks forward to "serve the nation".

Isha began her film career in 1998 with a Tamil movie and entered the Bollywood bandwagon with film 'Fiza' in 2000.

Earlier, on January 2, veteran actor Moushumi Chatterjee had also joined the ruling BJP. In 2004, she had contested the national election as a Congress candidate in Bengal.

Ms Koppikar's appointment comes a day after a BJP leader Kailash Vijayvargiya took a jibe at Congress saying, "they want to contest the coming elections by banking on chocolatey faces."

"A Congress leader demands that Kareena Kapoor should be fielded from Bhopal Lok Sabha seat. Sometimes others talk about fielding Salman Khan from Indore," he was quoted as saying by news agency PTI.