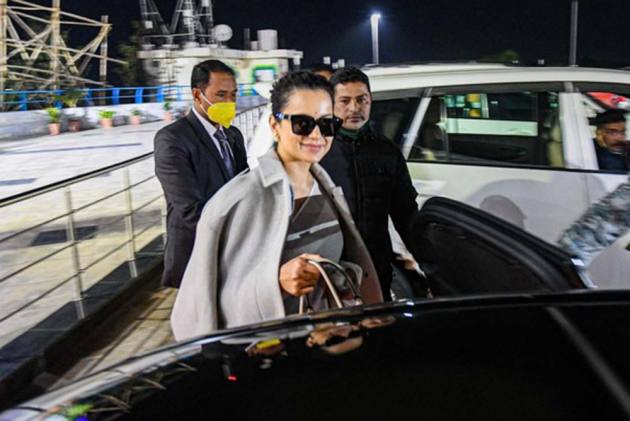 When asked about rising cases of rape in the country, the actor said trials of such cases go on for long and the victims get harassed in the process.

"They (the victims of sexual violence) have the burden to prove the charges against the accused...More than half the accused get acquitted," she said.

Kangana Ranaut Records Statement In Case Against Her With Sedition Charges

"Many countries like Saudi hang (the guilty) in public squares," she said, adding "until we set five-six such examples, until tough action is not taken (such crimes will not stop)...because people get away with such crimes," Kangana said.

Madhya Pradesh Governor Anandiben Patel on Saturday gave assent to an ordinance introduced by the state government which penalizes religious conversions through fraudulent means including those for the sake of marriage. The law provides for as much as 10 years in prison for fraudulent conversions in some cases.

"This is a very good law. Many people have faced problems. The law has been made for such people. This type of law should be made. It is a very good step the government has finally taken," the actor, who is in Bhopal for a film shoot, said on Saturday.