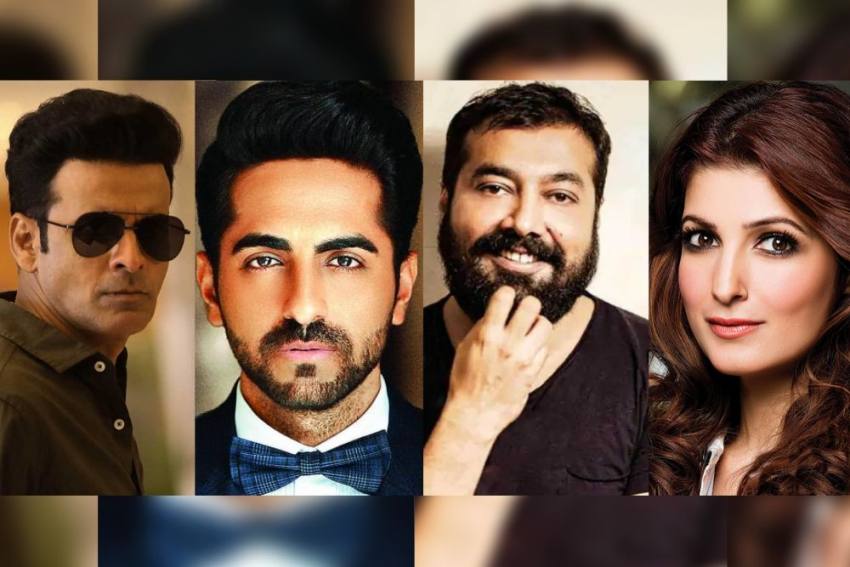 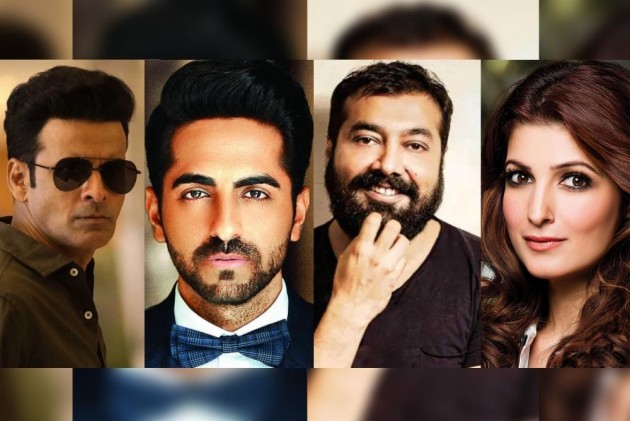 Bollywood celebrities extended their support to the students of Delhi's Jamia Millia Islamia on Tuesday while several lashed out at the government over rising anti-CAA tension all over the country.

Actor Parineeti Chopra took to Twitter to condemn police action on protesters. She said it was "barbaric" to beat up "innocent human beings for speaking their mind".

If this is what’s gonna happen everytime a citizen expresses their view, forget #CAB, we should pass a bill and not call our country a democracy anymore! Beating up innocent human beings for speaking their mind? BARBARIC.

Filmmaker Vishal Bharadwaj tweeted, "My heart pains for the students of Jamia. Don’t Be Silent, Don’t Be Violent."

Actor Richa Chaddha also said she stood in solidarity with the "students of India".

"Have faith in democracy," Actor Ayushmann Khurrana tweeted saying protests should not turn violent while he also condemned the police crackdown on students.

Actor Bhumi Pednekar echoed Khurrana as she tweeted saying she was "shocked seeing how the protest turned violent" and urged people to keep their faith in democracy alive. In a separate tweet she said, "What the students faced has shaken me and my heart goes out to them."

Violence is not a tool to make our country better. We are a democracy and we have the power to exercise our fundamental rights in a rightful manner. What the students faced has shaken me and my heart goes out to them and I protest the way the situation was handled.

Actor Vicky Kaushal, whose fame recently shot up with the film 'Uri', tweeted: "What is happening is not okay. The way it's happening is not okay. People have every right to peacefully voice their opinion. This violence and disruption is both saddening and concerning as a fellow citizen. In no circumstance, must our faith in democracy be shaken."

A day after Actor Akshay Kumar said he "accidentally" liked a tweet by Jamia Millia Islamia University students, his wife and author Twinkle Khanna said on social media that she stands for a secular and democratic India where peaceful dissent is a constitutional right.

Actor Siddharth Malhotra, who is from Delhi and have studied in the national capital, said on Twitter: "My heart goes out to all the students back home in Delhi."

My heart goes out to all the students back home in Delhi. In a democracy like ours, its sad to see violence against citizens for voicing their opinion through peaceful protests. There should be no place for violence of any form & intent in our country. I strongly condemn this act

On December 16, actor and producer Riteish Deshmukh said he stood in solidarity to the students "protesting peacefully". He said on Twitter,  "I do not support any kind of violence. We are and have always been proud of our Police Force but this time they should have been more compassionate while assessing and tackling the situation. Our students didn't deserve this."

He was followed by actor Huma Qureshi who said, "This violence that the police have shown in dealing with the students is terrible."

This is unreal. We are a secular democracy. This violence that the police have shown in dealing with the students is terrible. Citizens have the right to peacefully protest. @narendramodi @AmitShah Or that is not an option anymore ??

Actor Manoj Bajpayee also voiced his protest via Twitter against "violence against protesting students." He said, "There may be times when we are powerless to prevent injustice, but there must never be a time when we fail to protest."

Dia Mirza also expressed on Twitter that she stands in solidarity with the students of India. She wrote: "The student protests across the country is a tipping point in our democracy. Seeing videos of peacefully protesting students being dragged and beaten up is a visual that will be hard to forget. In fact, one that we should not forget."

Filmmaker Anurag Kashyap was among the first people from the film industry to speak up on December 16, following the police crackdown on students at Jamia Millia Islamia university after protests near the institution turned violent.

"This has gone too far... (I) can’t stay silent any longer. This government is clearly fascist... and it makes me angry to see voices that can actually make a difference stay quiet.." he tweeted.

Kashyap has been vocal since then, sharing news and retweeting others over the student protests and the Citizenship Amendment Act.

He received backlash for his public stance and tweeted about the same.

Non stop threats like this.. “Career chaupat kyon karna hai..” just go through my timeline and that proves how much of a democracy we have become((sarcasm (for dumb bhakts)))..also you can clearly see who are the goondas here and which side they speak for .. https://t.co/oP89GnIn9E

Actor Taapsee Pannu said the videos of police action inside the campus were heartbreaking.

"Wonder if this is a start or the end. Whatever it is, this is surely writing new rules of the land and those who don’t fit in can very well see the consequences," Pannu said.

"We are with the students! Shame on you @DelhiPolice," said actor-filmmaker Konkona Sensharma.

Rajkummar Rao condemned the police action against the students while appealing for peaceful protests.

Tensions flared across the country after police personnel resorted to lathi-charge and firing of tear gas shells to deal with the violence during protests during which several students and police officials sustained injuries.

Several educational institutions across the country have come out in support of the students of the Jamia Millia Islamia after the incident against Police action.