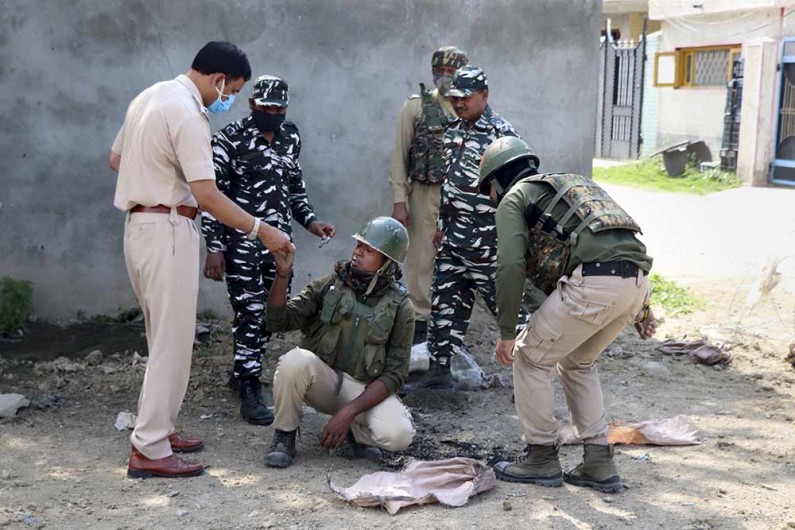 An improvised explosive device (IED) placed inside a bag was found by the entrance gate of the office of the National People’s Party in Shillong on Monday afternoon at a time when the vice president of India, M. Venkaiah Naidu, was visiting the Meghalaya capital.

The NPP heads the ruling coalition in the state. The bomb squad later defused the IED.

The proscribed Hynñiewtrep National Liberation Council (HNLC) claimed responsibility. Saiñkupar Nongtraw, the self-styled general secretary and spokesperson of the outfit, made the claim through a post on his official Facebook account.

The IED weighing five kgs was made up of gelatine sticks and kept inside an empty paint container and put in the bag. According to sources, the bomb failed to go off as the wiring was not done correctly. “The area where the party office is located in Lower Lachumiere is a busy place and there could have been damage done if the bomb had exploded,” a source said.

The outfit later issued a statement threatening ministers who, it alleged, had conspired in the death of Cherish S Thangkhiew, a surrendered leader of the outfit.

“We have received information from reliable sources regarding the death of (L) Bah Che, that it was a complete political conspiracy by some ministers of the state of Meghalaya and where these ministers will hide themselves before the upcoming elections, we will hunt them, chase them and intimidate them, hence we will shoot and kill them without any mercy (sic),” the statement read.

The 54-year-old Thangkhiew was killed when police shot him in self-defence after he allegedly attacked a team that had gone to his house in connection with a blast in the city earlier. Civil society groups have since been demanding justice and removal of some top police officials.

Monday’s incident has raised questions about the efficacy of the intelligence apparatus particularly since it came on a day when a VVIP was in the city. The outfit had carried out a blast in the city on August 10 and another before that at Khliehriat in Jowai district catching the police napping.

“You could say there was an intelligence lapse. The sanitisation that is required to be done for a VVIP visit may not have been done properly,” a police official said on condition of anonymity.