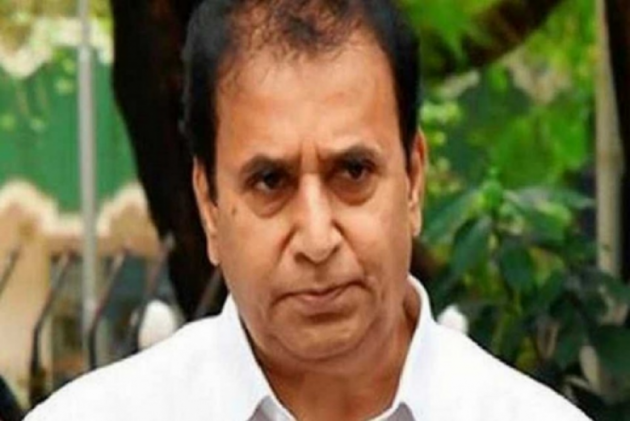 The Bombay High Court on Thursday announced that it would hear plea of former Maharashtra Home Minister Anil Deshmukh against Enforcement Directorate summons in alleged money laundering case next week.

The Court scheduled the date of hearing in the case on September 29.

A division bench of Justices S S Shinde and N J Jamadar said the ED could file its affidavit in response to the plea if it felt necessary.

Deshmukh had earlier this month filed the petition seeking to quash five summons issued by the ED, and said the case was a result of "political vendetta".

On Thursday, Additional Solicitor General Anil Singh, appearing for the ED, sought for the matter to be heard virtually so as to enable Solicitor General of India Tushar Mehta to appear and argue for the agency.

However, senior counsel Vikram Chaudhri and advocate Aniket Nikam, appearing for Deshmukh, argued that the court should hear the matter on Thursday itself for grant of interim protection from any coercive action.

"The ED has been indulging in demeaning tactics. This petition demonstrates the hapless state of affairs. The tactics (used by the ED) are deplorable," Chaudhri argued.

The high court said it would hear all the contentions raised in the plea on September 29.

"The ED may file its reply if they deem it necessary," the HC said.

The ED had initiated a probe against Deshmukh and his associates after the Central Bureau of Investigation (CBI) filed an FIR against the NCP leader on April 21 this year on charges of corruption and misuse of official position.

Deshmukh in his petition said the agency's whole case was based on “malicious statements” made by dismissed police officer Sachin Waze, who is currently in jail in connection with the case of an explosives-laden SUV found near the residence of industrialist Mukesh Ambani in Mumbai and the killing of businessman Mansukh Hiran.

Deshmukh refuted the ED's claims that while serving as home minister, he misused his official position and through Waze collected Rs 4.70 crore from various bars and restaurants in Mumbai.

"The entire claim of Waze giving Rs 4.70 crore to the applicant (Deshmukh) and the same amount being routed by the applicant's family is factually incorrect,” the plea said.

It added that the amount received by the Shri Sai Shikshan Sanstha was donations made before the period in which Waze alleges to have received illegal gratification from bars and restaurants.

“There was never any cash received as illegal gratification from bar owners as claimed by Waze,” the plea said.

The ED has so far arrested two persons in the case – Sanjeev Palande (additional collector rank official who was working as Deshmukh's private secretary) and Kundan Shinde (Deshmukh's personal assistant).

The agency last month submitted its prosecution complaint (equivalent to a charge sheet) against the duo before a special court.

The CBI had lodged its FIR against Deshmukh after it conducted a preliminary enquiry against the NCP leader following an order from the HC on April 5 this year.

Deshmukh resigned from the post of home minister on April 5, but has repeatedly denied any wrongdoing. (With PTI inputs)