Book Excerpt| The Battle For Bihar

Arun Sinha in his book, The Battle for Bihar, narrates the intertwined stories of Bihar's political theatre and Nitish's rule with incisive candour and in-depth research. 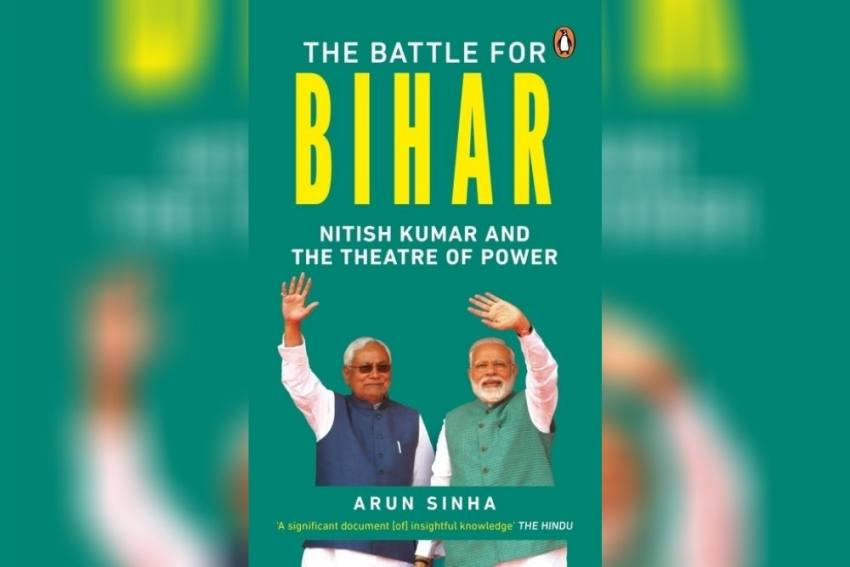 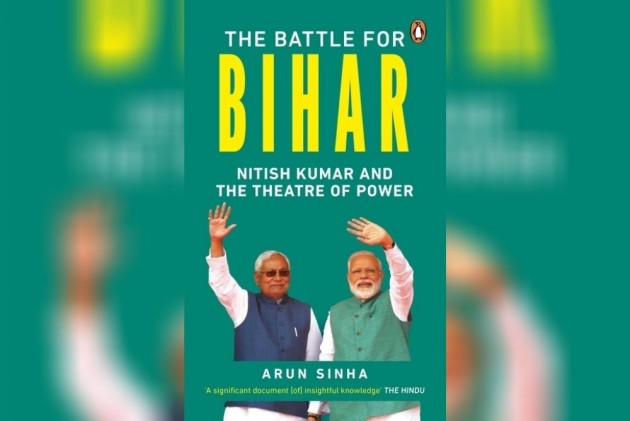 At the centre of India's social churn and high political drama is Bihar, a state with great untapped potential. After bursting on to the scene in the late 1980s and becoming Bihar's uncrowned ruler, Lalu Prasad Yadav was challenged by his erstwhile comrade Nitish Kumar. Unable to oust Lalu from power with his small, new party, Nitish made an alliance with the Bharatiya Janata Party (BJP). A quiet but canny politician, Nitish Kumar, as the chief minister, brought back law and order, roads, education and health to the fore of governance, aspects sorely lacking during Lalu's long rule. But the entry of Narendra Modi into the national political scene in 2013 rocked the alliance's boat. Nitish's switching of alliance between the Rashtriya Janata Dal (RJD) and the BJP around that time cost him enormously in terms of political goodwill. Will Nitish be able to restore his esteem by making Bihar a model state for India's postIndependence journey? In this riveting narrative, seasoned journalist Arun Sinha tells the intertwined stories of Bihar's political theatre and Nitish's rule with incisive candour and in-depth research. The Battle for Bihar is a clear-sighted study of the turbulent state that could show India's politics its way forward.

Nitish did not want a repeat of Araria. Yet, some months away from the 2019 Lok Sabha polls, he found no change in Shah’s approach. The JD(U) was very keen on getting two seats to begin with— Aurangabad and Darbhanga. Aurangabad was important because it was dominated by the Rajputs, and Darbhanga because it was dominated by the Brahmins. The party, which had its base among extremely backward castes and Dalits, wanted Darbhanga and Aurangabad to win the support of the higher castes, to demonstrate that they stood for social diversity.

A few more weeks passed, and Shah would still not tell Nitish how many seats ‘honour’ translated to. True, Shah had his own problems. All his sitting MPs wanted renomination. Even his losing candidates, such as former minister Shahnawaz Hussain, wanted it. The LJP insisted that it must have all its 6 seats, and the RLSP, which had got 3 in 2014, wanted 4. These minor allies were making a noise. LJP leader Chirag Paswan publicly took positions contrary to the BJP’s stance on demonetization and Dalit issues. RLSP leader Upendra Kushwaha complained of Shah not giving him an appointment and threatened to leave the NDA.

The impression that gained ground in the JD(U) was that Shah was working under the presumption that Nitish would accept the ‘honourable number’ the BJP decided, as he had no option but to stay on in the NDA. Exactly in such an atmosphere there were rumours about Nitish going back to the RJD. There were no such moves from Nitish, though. The rumours, however, were so strong that the RJD had to publicly deny them. Lalu’s elder son and former minister, Tej Pratap Yadav, flashed a placard reading: ‘No entry to Nitish Chacha’ at the gate of his parents’ official residence. Yet, in Uttar Pradesh, Akhilesh and Mayawati had come together. Shah could ignore the probability of Nitish realigning with Lalu only to his party’s peril. Anything could happen in politics. If the realignment happened, Nitish could even emerge as a focal point of the national Opposition.

According to senior JD(U) leaders, after two months of dillydallying, Shah telephoned Nitish to convey that both the BJP and JD(U) would get an equal number of seats, 17 each. A few days later, Modi too called Nitish to confirm the equal seat share. Owing to some superstitious reasons, Shah had made a formal announcement only a month later. Nitish was happy. But the LJP and the RLSP were not. The deal left only 4 seats for the LJP and 2 for the RLSP. However, soon, Kushwaha crossed over to Lalu, which remedied the LJP’s grievance.

Though Nitish got 17 constituencies, Shah kept him in suspense over which ones they would be. That meant another series of hard negotiations. Nitish insisted on retaining the only 2 seats his party had won in 2014: Nalanda and Purnia. He got them. He resisted the BJP’s attempts to dump all the 9 seats they had lost in 2014 into his basket. The BJP still managed to dump 6 of them. And they went back on their promise to give Darbhanga to JD(U). Not getting it after all the work they had done in the past few months came as a disappointment to the party.

Nevertheless, the seat sharing, despite all the wrangling and uncertainties it created, ultimately proved to be fabulously profitable to the NDA in the Lok Sabha polls during March–May 2019. The alliance hoisted its flag in 39 of the 40 constituencies. Before the elections, no party was sure that the mutually hostile caste blocs, separately aligned with the BJP, the JD(U) and the LJP, would vote together for the NDA’s common candidate. But they had done so. The NDA got 53.6 per cent of the total votes polled compared to the 41.6 per cent it had got in 2014.

The vote for the NDA in Bihar was as much a vote for Modi as it was for Nitish. Giving an equal share of seats to the JD(U), which some BJP leaders saw as a bane, proved to be a boon. The BJP’s recognition of Nitish’s prominence in Bihar greatly boosted his position. It assured people that he would be leading the state government for the fourth term—the first from 2005 to 2010, the second from 2010 to 2015, the third from 2015 to 2020—if the alliance wins the Assembly elections in November 2020.

(Excerpted from Battle For Bihar with permission from Penguin Randomhouse India)