The ‘anonymous scholars’ have unleashed an attack on Saiba Varma, an Indian anthropologist from the University of California, over the book, ‘The Occupied Clinic: Militarism and Care in Kashmir’, saying her father ‘create(d) the trauma’ in the valley. 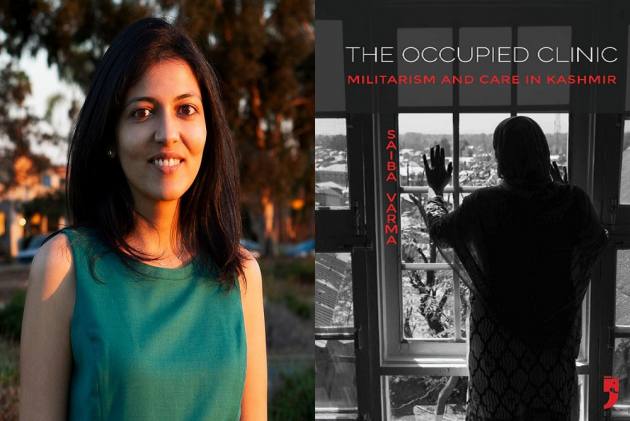 An anonymous Twitter account’s attack on the author of a book on Kashmir accusing her of being the daughter of a RAW officer has created a fresh storm on the cyber space.

The anonymous account @Settler_Scholar through a series of tweets, unleashed an attack on the author Saiba Varma, an Indian anthropologist from the University of California, after the release of her book, ‘The Occupied Clinic: Militarism and Care in Kashmir’ published by Duke University in the US and Yoda Press in India.

The @Settler_Scholar alleged that her book is on the trauma in the Valley while her father Krishan Varma “create(d) the trauma.’’

Saiba’s father was an officer with Research and Analysis Wing (R&AW), who was posted in the Valley in the 90s.

In her introduction, the author says, “Borrowing and extending techniques from British colonial rule, the Indian state enacted the world’s most established, sophisticated, and pervasive systems of emergency rule and legislation and repeatedly criminalized pro-independence demands as ‘conspiracies’ and ‘anti national.’ The Indian state’s global image as ‘the world’s largest democracy,’ a generous aid donor, and non-interventionist actor have helped disguise its military excesses in Kashmir and other border regions.”

“As an upper-caste and upper-class Indian citizen and subject, I have actively and passively internalized anti-Muslim racism my entire life. I am complicit in the colonization of Kashmir and other regions forcibly incorporated into the Indian nation-state.”

The twitter handle Settler_Scholar identifies itself as “a group of Kashmiri activists, students and researchers.” “We are angry & also scared. The only way we could raise these issues publicly is by being anonymous,” the twitter handle says.

“Did the trauma patients in Kashmir know who they were talking to? Would they still have felt comfortable talking to her if they knew who her father was? Did her father's connections assist SV in any way during her research? Has she gained special access? Were Indian and local Kashmir intelligence agents & agencies aware that SV was present & conducting research in Kashmir? Did it make the surveillance worse for the trauma patients? What are the responsibilities of Indian researchers interviewing Kashmiri trauma patients in clinics where they are being treated?” says Settler_Scholar in the series of tweets.

The tweets had led to Yoda Press distancing itself from the book.

Arpita Das, Publisher YodaPress also took to Twitter, writing, “Depressed. Just found out something about an author and a book we value deeply that puts all her work in question. These are terrible moments for a small independent publisher like ourselves.”

The book, says a psychiatrist in the government medical college Srinagar, is based on her work from 2007 to 2009 and she has fictionally woven a story around medical practices around that period. “It is the anthropologist’s view of medical practice with her own biases and biases of her anthropologist background but nevertheless a work of research has to be discussed in a scholarly manner and not through the narrow prism of being the daughter of someone.”

“I have read her book and find it very well researched and analytical. I don't know why Kashmiri who are living outside criticize her. She might be the daughter of anyone how does it matter till she writes good academic work,” says a scholar on Kashmir’s political history having a PhD from Aligarh Muslim University. He said many Indians are gleefully tweeting about it to stop the author from future work as her book goes against “popular Indian narrative” on Kashmir.

In her defence the author Saiba Varma says, “An anonymous account is attacking my research based on my father's former position in the Indian state. My father did work for the security state. He was in Kashmir when I was 10 years old. My work disavows *all* counterinsurgency, past and present, in Kashmir.”

“My father had no direct bearing on the research I’ve done. Recognizing the need to acknowledge this relationship, however, during my fieldwork I disclosed it to Kashmiri scholars and journalists I was close to. My ethical practices and scholarly arguments are accountable to them,” she tweeted.

“My position will be abundantly clear to anyone who has read my book and scholarship. Yet it seems it is not enough for me to write what I have. That thread demands that I also personally name, shame, and drag my father through the mud.”

“Patients whose stories I described at length are ones with whom I had long-term relationships and to whom I was accountable. We discussed the narratives and I made whatever changes they suggested. I do acknowledge my positionality: I am writing in solidarity, not to speak “for” or appropriate the voices of people in Kashmir. I write following Israeli scholars who speak against the occupation of Palestine: Ariella Azoulay, Neve Gordon, Uri Horesh, Ilan Pappe, Noa Shaindlinger, David Shulman, Jewish Voices for Peace, Breaking the Silence (Israeli ex-soldiers against the Israeli occupation).”