The high-level conference on July 15-16 is aimed at coming out with a broad roadmap for significantly boosting connectivity between Central Asia and South Asia, officials said. 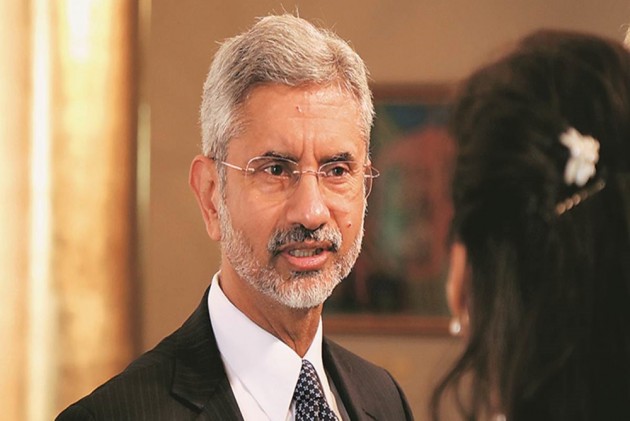 Jaishankar is on a visit to Tashkent, the capital of Uzbekistan, as part of a Connectivity Conference, after attending a crucial meeting of foreign ministers of the Shanghai Cooperation Organisation (SCO) in Dushanbe. He met Ghani at the sidelines of the multilateral event.

The high-level conference on July 15-16 is aimed at coming out with a broad roadmap for significantly boosting connectivity between Central Asia and South Asia, officials said.

They said the conference titled "Central and South Asia: Regional Connectivity. Challenges and Opportunities" will extensively deliberate on practical ways to enhance connectivity with a larger aim of deepening trade, investment and people-to-people ties in the region.

"Began my Tashkent visit by inaugurating the IT room of India-Uzbekistan Entrepreneurship Development Centre - a shining example of our Development Cooperation. Confident that it will support talented Uzbek entrepreneurs," Jaishankar tweeted.

The external affairs minister met Ghani, US Deputy National Security Advisor Elizabeth Sherwood-Randall and US Special Representative for Afghan peace process Zalmay Khalilzad on the sidelines of the conference on Thursday.

The connectivity conference is being attended by the representatives of leading international organisations, including financial institutions. The main sessions of the conference will be held on Friday.

The conference, hosted by Uzbekistan, is also likely to deliberate on the deteriorating security situation in Afghanistan.

It is learnt that Uzbekistan favours India to play a key role in regional connectivity projects.

In December, India, Iran and Uzbekistan discussed ways for a joint use of the strategically-located Chabahar port for trade and enhancing regional connectivity.

The trilateral meeting took place in the backdrop of India pitching for the participation of Uzbekistan in the International North-South Transport Corridor (INSTC) project.