Border Tension: Assam Govt Advises Its People Not To Travel To Mizoram, Orders Checking Of Vehicles

At least six Assam Police personnel were killed and several others suffered injuries in clashes at the Assam-Mizoram border on Monday, July 26. 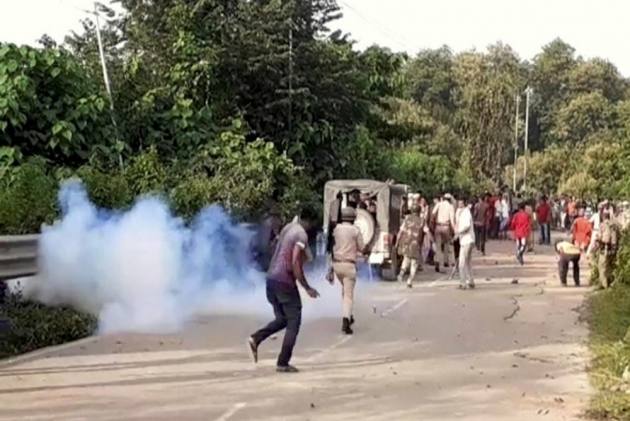 Owing to the ongoing border dispute, the Assam government on Thursday advised its people not to travel to neighbour state Mizoram.

In an advisory, the Assam government said, "People of Assam are advised not to travel to Mizoram as any threat to the personal safety of people of Assam can't be accepted."

The Assam government has also ordered checking of all vehicles entering the state from Mizoram citing its drive against illicit drug.

"Continuing our offensive against drug cartels operating from Mizoram and beyond, we’ve decided to up the ante. Request people to cooperate in the interest of Gennext of our country," said GP Singh, Special DGP, Assam Police while issuing the order.

At least six Assam Police personnel were killed and several others suffered injuries in clashes at the Assam-Mizoram border on Monday, July 26. Both the state's claim land on the border between Cachar in Assam and Kolasib in Mizoram. In October last year, residents of Assam and Mizoram had clashed twice over the territory, leaving a dozen injured.

“Even after this incident certain Mizo Civil Society, students and youth organisations are constantly issuing provocative statements against the state of Assam and its people. It has been reliably learnt from video footage available with Assam Police, that many civilians are heavily armed with automatic weapons etc," the statement said.

It also said that “people of Assam, staying in Mizoram due to work related compulsion, should exercise utmost caution,” adding the advisory will come into force with immediate effect.

The Congress on Thursday said it was an embarrassing day for the country as one state had to issue an advisory to its people against travelling to another state amid border tensions between Assam and Mizoram.

Citing the advisory issued by the Assam government to its people to avoid travelling to Mizoram, Congress general secretary and chief spokesperson Randeep Surjewala said all this is possible in the country when Narendra Modi is there.

"Most embarrassing day in the history of the country. When countrymen are unable to move from one state to another, do the chief minister and home minister have the right to stay in their posts," he said in a tweet in Hindi.

Meanwhile, the Assam Police will investigate the alleged role of  Mizoram Rajya Sabha MP K Vanlalvena in the incident after his reported statement in which he said that the police were lucky that all of them were not killed after entering the Mizoram territory. He threatened that if Assam Police entered the state again all will be killed.

As per Assam Police statement, a police team, including CID officers, will leave for Delhi  “to take lawful action relating to the conspiracy behind the incident in light of media interview of Rajya Sabha MP K Vanlalvena, indicative of his active role in the conspiracy”. 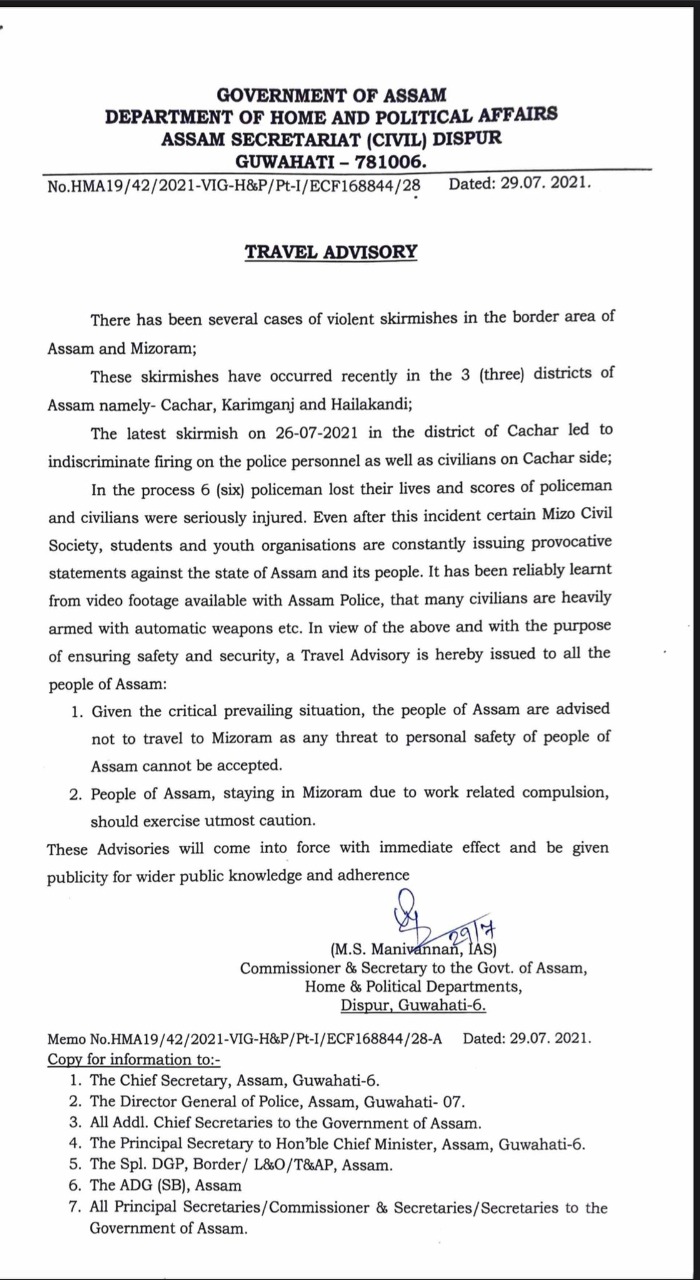 “We are ready and well prepared to be tried in a law court. We have valid documents to substantiate our stand,” he said. He said that Mizoram is merely protecting the territorial integrity of the state.