The simultaneous withdrawal of the security personnel would be completed in the next 24 hours. 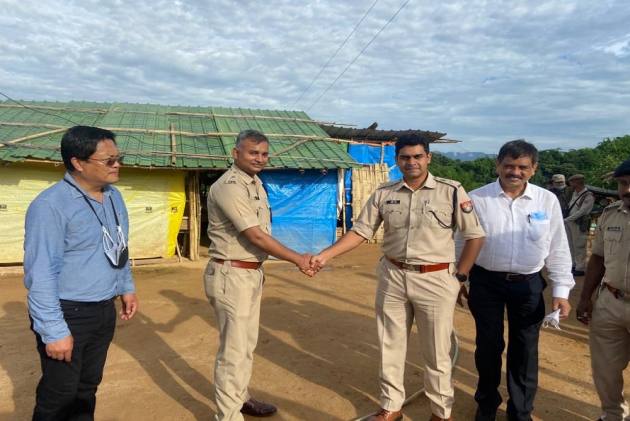 In a significant development, Assam and Nagaland on Saturday began withdrawing their respective police forces to their base camps from two areas at the interstate border to restore peace. The decision came at a meeting between the chief secretaries of the two states --  J Alam of Nagaland and Jishnu Barua of Assam – at Chumukdema on the outskirts of Dimapur in Nagaland.

The meeting decided that the simultaneous withdrawal of the security personnel would be completed in the next 24 hours.

It comes in the backdrop of the mounting tension in the Dessoi Valley Reserved Forest/Tsurangkong valley due to the stand-off between the armed police forces of the two states.

This is a historic step in our relations. My gratitude to HCM Sri @Neiphiu_Rio for working with #Assam in restoring peace on the border.

Assam is committed to ensuring peace along all its borders & strives for social & economic prosperity of #NorthEast region. 2/2@AmitShah pic.twitter.com/IyQXuuID0u

Both the sides agreed that in order to maintain peace and tranquility in the areas around Ao Senden village and Vikuto Village as they are known in Nagaland, and as Jankhona Nala Nagajankha  and Compartment No. 12 in Assam, urgent and effective steps were required to end the stand-off. The states would monitor the area using UAV and satellite imagery with a view to maintaining the status quo.

In a major breakthrough towards de-escalating tensions at Assam-Nagaland border, the two Chief Secretaries have arrived at an understanding to immediately withdraw states' forces from border locations to their respective base camps. 1/2 pic.twitter.com/mFbz1YCnoX

The two states have been at loggerheads over demarcation of the border ever since Nagaland became a state in 1963 after being carved out of Assam. Several hundred people, mostly from Assam, have died in clashes since then. While Assam goes by the border drawn in 1963, Nagaland wants to follow pre-independence era border.
Saturday's border agreement comes at a time when the situation at the Assam-Mizoram border continues to remain highly charged after the July 26 flare-up in which six Assam Police personnel were killed after being fired upon by their Mizoram counterparts at Lailapur in Cachar district of Assam.