The team visited Vanlalvena’s official residence but he was not there. They then pasted a notice on the wall asking him to report at the Dhalai police station in Assam on August 1. 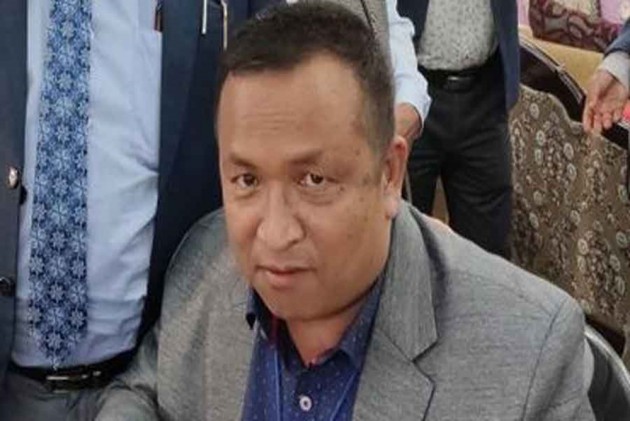 A police team from Assam has reached Delhi to initiate “lawful action” against a Mizoram Rajya Sabha MP K Vanlalvena for his allegedly incendiary comments on Monday’s border clash that left six Assam policemen dead and further strained ties between the two north-eastern states over a territory dispute.

The team visited Vanlalvena’s official residence but he was not there. They then pasted a notice on the wall asking him to report at the Dhalai police station in Assam on August 1.

The team also went to the Mizoram House, but the MP was not there either. They wanted to hand over the notice to the resident commissioner posted there, but as pert reports, he refused to accept it.

Border Tension: Assam Govt Advises Its People Not To Travel To Mizoram, Orders Checking Of Vehicles

The team has also approached the Delhi police to help them in finding MP Vanlalvena.

Rajya Sabha MP K. Vanlalvena from the ruling Mizo National Front had on Wednesday accused Assam police of entering Mizoram and pushing back the state’s cops from their post. He had told a TV channel: “And they (Assam police) gave firing orders first.… They are lucky we did not kill them all. If they come again, we shall kill them all.”

The Assam Police have viewed the statement as indicative of his role in the incident on July 26 at the Assam-Mizoram border in which six police personnel were killed and 41 others were injured in firing over the border dispute between the two states.

The Assam government on Thursday issued a travel advisory asking people not to visit Mizoram while those from the state residing there exercise utmost caution.

“Even after this incident certain Mizo Civil Society, students, and youth organizations are constantly issuing provocative statements against the state of Assam and its people. It has been reliably learned from video footage available with Assam Police, that many civilians are heavily armed with automatic weapons etc,” it said.

Given this and to ensure safety and security “the people of Assam are advised not to travel to Mizoram as any threat to the personal safety of people of Assam cannot be accepted.”

It also said that “people of Assam, staying in Mizoram due to work-related compulsion, should exercise utmost caution,” adding the advisory will come into force with immediate effect.

In a separate order, the government has asked all deputy commissioners and superintendents of police in the state to be alert against harassment or attacks on residents of Mizoram.