The cases were filed in connection with the violence that occurred on the outskirts of Vairengte town in Mizoram's Kolasib district, officials said. 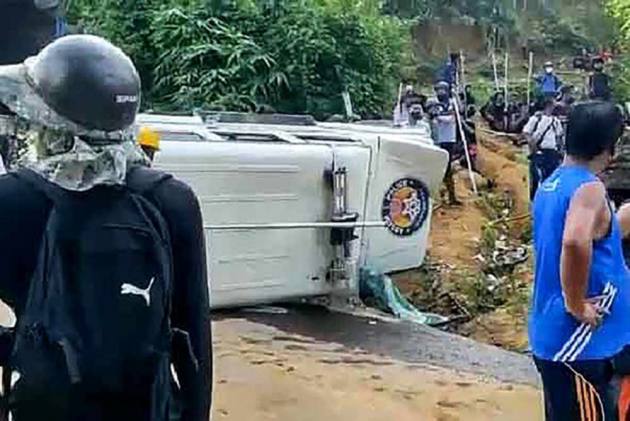 The cases were filed in connection with the violence that occurred on the outskirts of Vairengte town in Mizoram's Kolasib district, officials said. They have been booked under various charges, including attempt to murder and criminal conspiracy, Mizoram Inspector General of Police (Headquarter) John Neihlaia told PTI.

The four Assam police personnel and two administrative officials, against whom criminal cases were filed, have been summoned by the Mizoram police for questioning on Sunday. Further, cases have been registered against 200 unidentified Assam Police personnel, officials said.

Meanwhile, the Assam police summoned six Mizoram government officers, including deputy commissioner and superintendent of police of Kolasib district, to appear at the Dholai police station on Monday, officials said.

A source in the Assam Police on Friday said the summonses were issued on July 28, two days after the bloody gun battle between the police forces of Assam and Mizoram at Lailapur in Cachar district, in connection with a case registered at the Dholai police station.

Five Assam Police personnel and a civilian were killed and over 50 others, including a superintendent of police, were injured when the Mizoram Police opened fire on a team of Assam officials.

"...A reasonable and credible information has been received that you have committed the alleged cognisable offence," the individual summons issued by the Cachar Deputy Superintendent of Police Kalyan Kumar Das mentioned.

"This direction is issued in exercise of powers conferred u/s 41A of Code of Criminal Procedure, 1973," it added.

A case against the Mizoram officials has been registered under sections 307 (attempt to murder), 302 (murder), 147 (rioting), 148 (rioting, armed with deadly weapon), 149 (unlawful assembly), 120B (party to a criminal conspiracy) and 34 (criminal act is done by several persons in furtherance of the common intention) of the Indian Penal Code (IPC).

They have been also charged under IPC sections 153A (promoting enmity between different groups), 447 (punishment for criminal trespass), 336 (whoever does any act so rashly or negligently as to endanger human life), 379 (theft), 333 (voluntarily causing grievous hurt to deter public servant from his duty) and 427 (mischief).

Besides the IPC sections, the Mizoram officer have also been booked under Section 25(1-A) of the Arms Act and Section 3 of Prevention of Damage to Public property Act, 1984.

When contacted, Cachar SP Ramandeep Kaur confirmed the development, but did not share details.

Assam Police personnel and a civilian were killed while defending the "constitutional boundary" of the state with Mizoram and more than 50 people injured, as the festering border dispute between the two northeastern states erupted into a bloody conflict on July 26.

The situation currently in and around the place of clash along the Assam-Mizoram border remained tense but calm as a large number of CRPF troops have started patrolling the National Highway-306 between the two states.