'Such a thing should not happen to anyone.... children should live and should be playing,' baby's father said 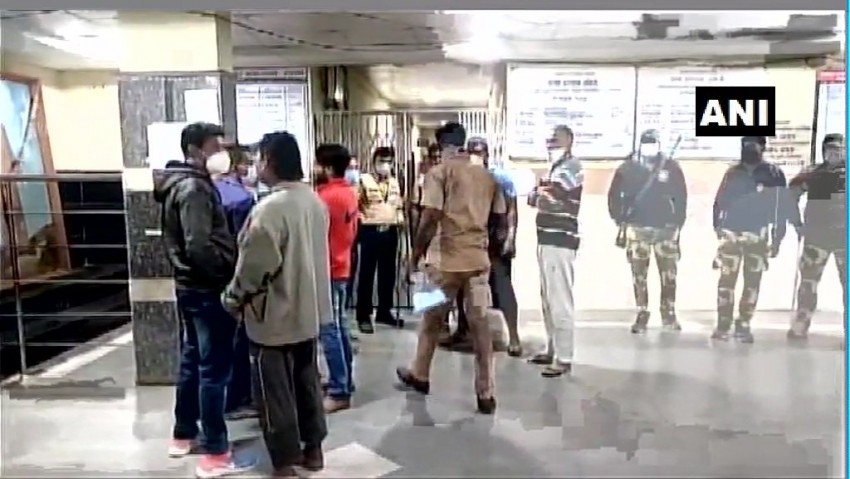 Thirty-nine-year-old Hirkanya Bhanarkar had given birth to a girl on January 6, after 14 years of marriage and giving birth to three stillborn foetuses. However, on Saturday, the couple lost her child after a massive fire erupted at the Bhandara hospital in Maharashtra.

Besides their daughter, nine other infants were also killed in the blaze at the hospital on Saturday.

Talking to reporters outside Akoli Public Health Centre (PHC) in Bhandara district on Sunday night, her husband, Hiralal Bhanarkar said this should not happen to anyone.

"Such thing should not happen to anyone.... children should live and should be playing," he said while struggling to suppress his wails.

While speaking, Hiralal was struggling to suppress his emotions, natural for a man who eagerly waited for his bundle of joy for 14 long years, and when he was yearning to cuddle the baby girl, she is gone forever.

Hirkanya, who is currently admitted in the PHC, is too dazed to speak.

"She is in deep shock," a nurse told a news channel.

The labourer couple hails from Usgaon village in Sakoli tehsil of Bhandara.

Hirkanya gave birth to the girl on January 6 at the Sakoli sub-district hospital.

"However, as the girl was born premature in the seventh month of pregnancy and was underweight, she was shifted to the Special Newborn Care Unit of Bhandara district hospital on the same day," the nurse said.

According to her, the poor couple didn't have a toilet at their house, which was the cause of the premature birth of the girl.

"The mother fell down while she was attending nature's call, which led to the premature delivery. Had it not been for this accident, the girl would have born healthy after two months," she said.

Besides the couple's daughter, nine other babies, aged between one month and three months, were killed in the fire that broke out in the early hours of Saturday in the Special Newborn Care Unit of the four-storey hospital.

Maharashtra Chief Minister Uddhav Thackeray on Sunday met kin of the newborns who died in the blaze and said a probe will ascertain if the fire was an accident or was the fallout of ignoring an earlier safety report.

"It was a very sad and heart-wrenching incident. I met kin of some of the deceased newborn babies. I have no words to console them, as the lives which are lost cannot be brought back. I have also inspected the spot (in the Bhandara hospital where the fire occurred)," he said.

"Truth will come out. We are not going to blame anyone purposefully, but if any negligence is found, stringent action will be taken against those responsible for any lapses," he added.

Did Former Pak Diplomat Really Admit Over 300 People Were Killed In Balakot Airstrike?