If this govt has any shame left, it should free all political prisoners, says Stan Swamy's comrade 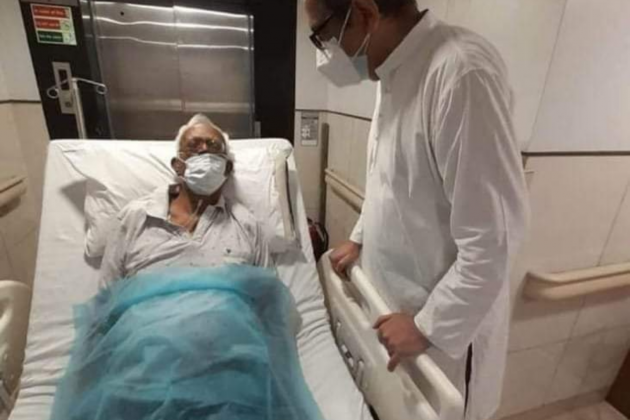 “But we will still sing in the chorus. A caged bird can still sing.”

These were the words of Father Stan Swamy, in a letter he wrote from jail to a fellow Jesuit priest. Stan, suffering from acute Parkinson’s disease, with constant tremors in both hands, took the pains to write the letter because he wanted to highlight the plight of other prisoners. "Many such poor undertrials don't know what charges have been put on them, have not seen their charge sheet and just remain in prison for years without any legal assistance," he wrote. He used to tell his comrades about how his fellow inmates fed him, took care of him, helped him do the daily chores and how he derived inspiration from their spirit of solidarity.

In another letter written from jail, he said, ‘I am hopeful. The world is not bereft of humanity. Despite the dark and subhuman living conditions in jail, my inmates keep the vibrant humanity alive in their hearts.’

Stan as a human…Stan as an activist

‘He was a staunch advocate of humanity. And look at the irony - he was treated in the most inhumane way,’ said Aloka Kujur, a 42-year-old tribal activist who met Stan during the Adivasi resistance against the Netarhat Firing Range. It was a struggle against the government’s decision to earmark a considerable area in Netarhat Hills for field firing practice by the army, which could lead to large scale displacement of vulnerable Adivasi communities.

Damodar Turi, his comrade since 2004, tells Outlook, ‘We were a part of  Visthapan Virodhi Jan Vikas Andolan which worked for the illegal displacement of Adivasis. He and I together fought many battles for human rights. He was a man who gave more than 50 years to the tribal cause. He fought for the rights of Adivasis to land, life and dignity and demanded the release of thousands of tribal men and women incarcerated in the jails  on fabricated charges.’

Why was he jailed?

Turi says, ‘In his entire life, he never went to Bhima Koregaon and was not even remotely related to the case. And it was very well known to the government of India, the government of Jharkhand and the NIA. He was jailed just for trying to give a voice to the voiceless.’

Tell us about his health conditions when he was arrested.

Recalling the days when he used to help Stan have his daily meals, Turi says, ‘He was arrested at the age of 83. He suffered from an acute condition of Parkinson’s due to which he was not even able to hold a glass of water in his hands. He used to have severe tremors in both hands and needed constant care. He was also a patient of lumbar spondylosis and prostate problems. He had had two hernia operations and his kidneys were also not properly functional. He suffered from hearing loss in both ears.

What was his condition inside the jail? Did his health deteriorate?

While pleading for interim bail in Bombay High Court, Stan once said, ‘I would rather suffer, possibly die very shortly if this were to go on.’ Despite a sudden surge in Covid-19 cases across prisons in Maharashtra, he was constantly denied bail, sighs Tujur. ‘His lawyers told us that Taloja jail where he was kept, had over 3,500 inmates and only three Ayurvedic doctors who administered allopathic medicines to all the prisoners. Stan contracted Covid-19 in jail and later succumbed to post-Covid complications.

What (or who) do you hold responsible for Stan Swamy’s death?

‘Just as the colonial government in British India killed the tribal leader Birsa Munda in jail, today the government of the world’s largest democracy killed an 84-year-old tribal activist Stan Swamy. Till his last breath, he kept his faith in the Indian judiciary. But today, the judiciary failed him,’  says Turi with a lump in his throat.

‘He kept on requesting to be allowed to go to Ranchi and stay with his comrades. He could have been kept under house arrest. All his pleading fell on deaf ears,’ laments Kujur.

‘Today, after hearing about this death, the judge says, ‘ I am shocked.’  I want to ask him -  What do we do now with your shock, Sir?’ an enraged Turi asks.

Tell us about his organization ‘Bagaicha’?

Kujur tells Outlook that ‘Bagaicha’ means garden in Sadri. It was founded around 15 years ago. I remember how, on the day of the inauguration, we installed a statue of tribal hero Birsa Munda. Stan established Bagaicha to empower Adivasis and fight against the illegal detention of minors charged with being Maoists.

When did Stan begin to fight for the rights of falsely accused tribal prisoners?

Kujur explains, ‘In an investigation in the year 2015, the Fake Naxal Surrender scam was exposed wherein 514 unsuspecting men in Jharkhand, mostly from tribal communities living in Ranchi and neighbouring districts, were offered fake jobs in the Central Reserve Police Force (CRPF) and lured into surrendering as Naxals. It was found out that each of them paid between Rs 1 lakh and Rs 2.5 lakh to middlemen for organising this surrender-for-job charade.’

She continues, ‘Stan was at the forefront in the fight for justice to these men. He worked tirelessly for these cases, engaged in dialogues with many officials and ministers. And finally, all the 514 men were released. In the process, Stan realised that this was a much bigger problem. Thousands of falsely accused Adivasi men and women are languishing behind the bars with no one to listen to their plea.’

‘He decided to not remain a ‘silent spectator’. His initiative Persecuted Prisoners Solidarity Committee (PPSC) also worked for the same. ‘I am not a silent spectator but part of the game, and ready to pay the price whatever be it,’ was Stan Swamy’s last message, on October 9, 2020, before his arrest,’ tells Turi.

Tell us about his conditions in jail.

In his last video message, he can be seen saying, ‘I filed a case against the Jharkhand state in the Jharkhand High Court on behalf of about 3000 young Adivasis who are languishing in jails. It is this which became a bone of contention with the state and they wanted to put me out of the way.’

‘Even after two raids, once by Pune police and then by the NIA, more than 15 hours of interrogation,  taking away his laptop, pen drives, phone and restricting his social media accounts, NIA was not able to prove that Stan was a Maoist or was linked to the Bhima Koregaon case,’ tells Kujur.

She cries, ‘After Stan’s arrest, NIA has opened its office here in Jharkhand. For us, the NIA's office has been set up on the dead body of Stan Swamy.’ She continues, ‘Just two days back, the lawyers of Stan Swamy filed a petition in the court demanding the provision of bail in UAPA cases. And look at the tragedy, the man died a day before his own bail hearing.’

Your message to the state.

‘All of us, all the 3000 Adivasis behind the bars, all our comrades, all the voiceless people, have lost their guardian,’ laments Kujur.

Turi asserts, ‘If this govt has any shame left after Stan Swamy’s murder, there is still time. I appeal to them to release all political prisoners before their hands are completely drenched in blood.’

How will Stan be remembered?

With a quiver in her voice, Kujur says, ‘I have never seen a person more considerate of human feelings and emotions than Stan. His fight was just for humanity. He paid the price for dreaming to let humanity thrive in a world full of demons.’ She adds, ‘He was like a mother to me, to all of us. He helped us in all our struggles. From feeding the hungry to helping the students with books, he was a constant support. All of us used to eat together, we stayed together in all the tough times. Pata nahi apne maali ke bina bagaicha bach payega ya nahi (Don’t know if Bagaicha, the garden, would be able to survive without its gardener)