Samajwadi Party chief and former UP Chief Minister Akhilesh Yadav was on Tuesday, stopped by the authorities at Lucknow airport in a bid to prevent him from visiting Allahabad. 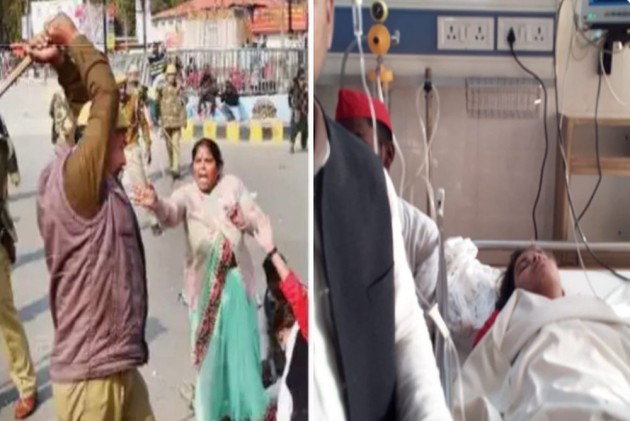 A Samajwadi Party leader has claimed she had to be hospitalised with a jaw and head injury after a brutal attack by the Allahabad police and members of the ABVP during a students protest at Allahabad University.

Taking to Twitter, the leader Richa Singh said, "I was brutally attacked by Allahabad police and ABVP goons yesterday during a student's protest at Allahabad University, I am suffering jaw and head injury and admitted in a hospital. At the same time police has framed false charges and launched an FIR".

I was brutally attacked by Allahabad police and ABVP goons yesterday during a student's protest at Allahabad University, I amsuffering jaw and head injury and admitted in https://t.co/I6DzS42Lmw the same time police has framed falce charges and launched an fir. pic.twitter.com/8TsfgyI0hh

Samajwadi Party supporters were holding a protest at the University on Wednesday against the Uttar Pradesh government's decision to stop former Chief Minister and SP leader Akhilesh Yadav from going to Prayagraj (formerly Allahabad).

Akhilesh Yadav was on Tuesday stopped by the authorities at Lucknow airport in a bid to prevent him from visiting Prayagraj.

Yadav was to fly to Prayagraj from Chaudhary Charan Singh International Airport to attend an event at the Allahabad University.

Addressing the media, Yadav alleged that the Centre was "involved" in preventing him from flying to Prayagraj.

"This is work of the Centre. I think the government at the Centre is also involved in stopping me. The state police cannot enter the airport as its security is in the Centre's hand. Despite this police reached there and stopped me without any written order," he said.

"I haven't been given a reason why but it seems the general impression was that I would create a law and order problem. The CM has given a statement to this effect but they are using this as a cover to hide their nervousness because our youth have had enough," he claimed.

Terming the Lucknow airport episode as "illegal and undemocratic", Samajwadi Party Odisha unit president Rabi Behera claimed that the BJP is "scared of the growing popularity" of Akhilesh Yadav and hence they "directed" the police to detain him at the airport.

"This is unconstitutional and dictatorial. Samajwadi Party Odisha unit will oppose Yogi's Odisha tour," Behera said in a statement.

Alleging that the BJP and its supporters were considering Allahabad University elections as their own polls, the SP chief claimed, "The government and all the ministers were contesting the student union polls. Whenever the CM went to the university, he must have ordered his people that they should not lose the polls."