The incident took place at Tarkundi area of Mendhar in Jammu and Kashmir’s Poonch district. 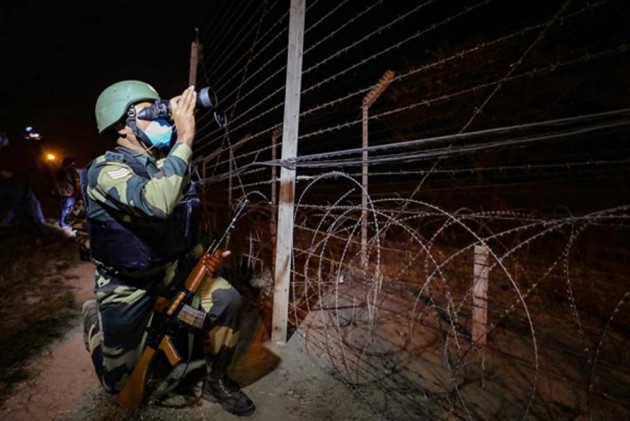 A sub-inspector of the Border Security Force (BSF) was killed on Tuesday due to ceasefire violation by the Pakistan army along the Line of Control (LoC) in Poonch district of Jammu and Kashmir, officials said.

In November, 15 people, including nine security personnel, were killed in multiple ceasefire violations by Pakistani troops in various sectors in the Union Territory. The latest casualty took place on a day when the BSF is celebrating its Raising Day.

"The Pakistan army resorted to unprovoked ceasefire violation in Rajouri sector along the LoC, in which BSF sub-inspector Paotinsat Guite who was deployed at forward defence location attained martyrdom while displaying conspicuous act of bravery in not only retaliating to the enemy fire but by also saving many of his colleagues' lives," a statement issued by the BSF said. The incident took place at Tarkundi area of Mendhar in Poonch district.

Inspector General of BSF, Jammu frontier, N S Jamwal paid rich tributes to the sub-inspector and said he was a gallant and sincere BSF officer. "The nation will always remain indebted to him for his supreme sacrifice and devotion to duty," the BSF statement said, adding that "the death of the border man will not go in vain".

The mortal remains of the deceased would be sent by air to Maphoukuki village in Imphal, where his last rites will be performed with full state honours, the statement added.

According to sources, the Pakistani army also suffered numerous casualties due to the "strong and effective" retaliation by the Indian troops as several of their posts were also destroyed. Meanwhile, the officials said Pakistani Rangers continued unprovoked firing in Karol Krishna, Gurnam and Pansar border outposts along the International Border (IB) in Hiranagar sector of Kathua district, prompting befitting retaliation by the BSF.

The firing from across the border started around 9.35 pm on Monday and continued till 4.40 am on Tuesday, officials said, adding there was no report of any casualty or damage on the Indian side. According to officials, over 4,100 ceasefire violations by Pakistan were reported along the IB and LoC this year, which is highest in the past decade.