The six injured persons were rushed to the nearby Cooper Hospital. Out of them, fireman Vishwas Rahate (51) was discharged after treatment. 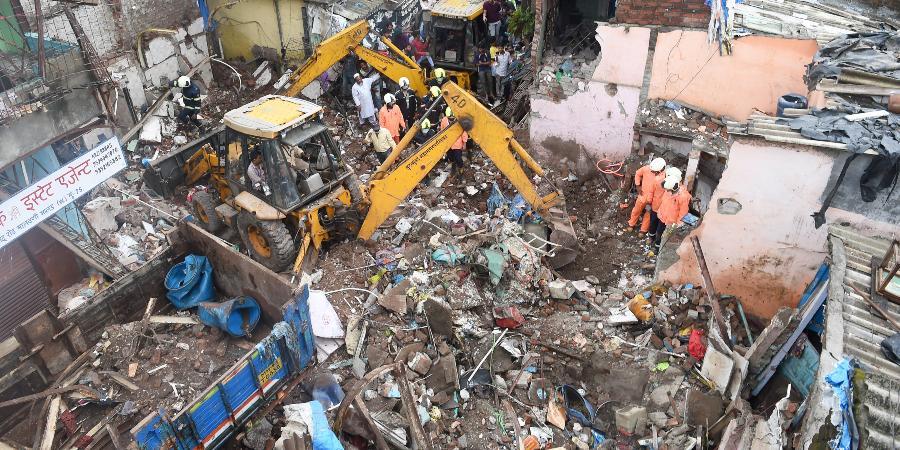 Collapse of a four-storey building in suburban Andheri shortly after midnight on Wednesday left six people injured, including a fireman, a fire brigade official said.

Ten people were trapped on the first and second floors of the building, who were rescured safely.

According to the official statement, a portion on the north side of Mehta Babu Chawl near Salami hotel in Juhu Galli crashed around 12.30 am.

Five persons, including a senior citizen, from the building and a fireman from the rescue team were injured, the official said.

The six injured persons were rushed to the nearby Cooper Hospital. Out of them, fireman Vishwas Rahate (51) was discharged after treatment.

The five others were undergoing treatment at the hospital, a civic official said.

Currently, four fire engines are at the site and work of clearing the debris is on with the help of civic and police personnel, the fire brigade official said.