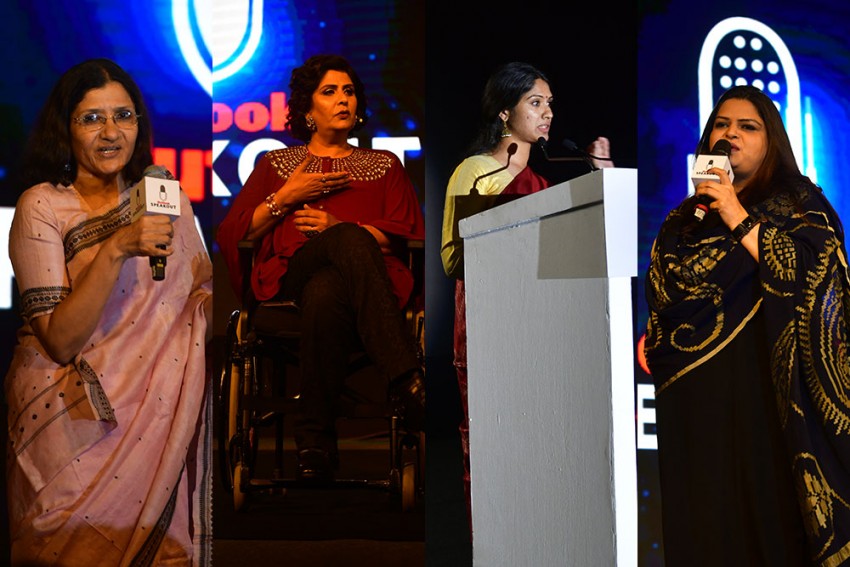 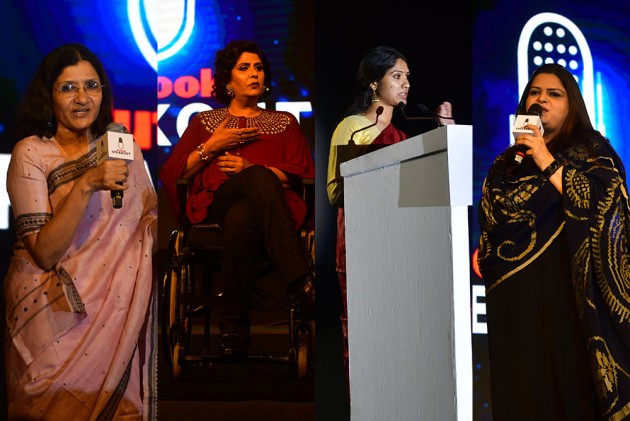 Women rights activists on Saturday asserted that there is a need to shatter the taboos and stigmas that surround the lives of women.

Zakia Soman, co-founder of Bharatiya Muslim Mahila Andolan, said that women in India have come face to face with patriarchy masquerading as religion.

“Despite the fact that God created men and women as equal, it’s the men of religion who decided that women should be dominated and controlled,” Soman said.

She said that one of the prominent sides of the subjugation of the women is the body of women. “Men of religion have have lot of discomfort about the woman’s body and her sexuality.

“We are not allowed inside Haji Ali shrine because we are told that we may be seen by men and it’ll falter their faith,” Soman said, adding that the subjugation and domination owing to women’s body is a passé.

“We need to bust the patriarchy masquerading as religion.”

Soman said that Muslim women have faught the injustice like Triple Talaq.

She termed the ban on instant Talaq as important and historic moment for the Indian democracy.

Through a democratic movement, Soman said, which is rooted in the people and the oppressed who rise in revolution, things can change.

Speaking on the issue of  mensturation at Outlook Speakout 2019, the women activists said that myths and taboos about this natural process need to be busted.

Sinu Joseph, who has been working to educate women in rular India about menstruatal health since a  decade, said though there is a fast paced change in villages with which the conversations around mensturations have picked up, “we, in our urgency to bring attention to this subject have created more myths than breaking them.”

She said if people need to talk about menstruation, the subject should be menstrual health and not the menstrual hygiene.

Author and screenwriter Advaita Kala while recalling her menstrual experience said that mensturation should be treated as a human experience that is “not one of shame but natural”.

“In time of gender fluidity, it is incorrect to assume that  one biolagical process makes you female and other things do not,” Advaita said, while speaking at Outlook Speakout 2019, on the subject of stigmas that are prevailant in the Indian society.

"Go out in the world, ladies, young girls; go out fully loaded, know this is your weapon. For while men still own the world, it is women and the period that ensures there is one at all," said Advaita Kala.

Paralympic Deepa Malik said if people aspired for a fit and healthy India, they need to empower girls with the right kind of knowledge.

"Whenever I would say or share that I am bleeding, people would look at my urine bag that why the colour is not red. And I was shocked even women would. That’s the ignorance around menstruation," said the Paralympic athlete.

"What stops young girls from playing is the taboo that 'girl who plays breaks hymen and if she breaks the hymen, she will never get married," she added.

Sushmita Dev, president of All India Mahila Congress, said that period poverty is a reality and the way to overcome is to have better policy intervention.

“As policy makers, we always talk about women empowerment, but there are very few things we do which leave a real impact,” said Sushmita Dev.

“Access to hygienic methods to deal with menstruation is a real problem, we need policy intervention,” she added.