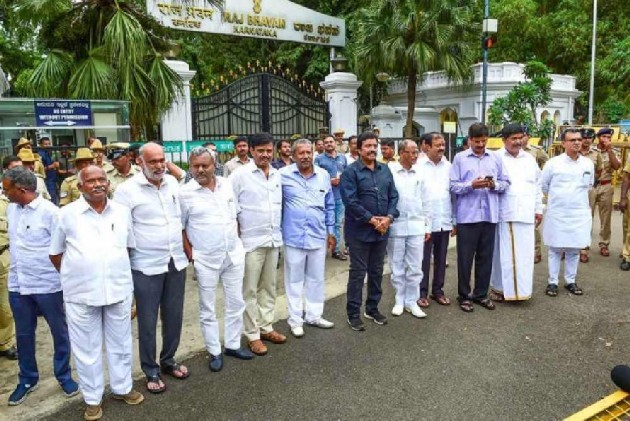 The Election Commission Thursday told the Supreme Court that it would defer the upcoming by-polls to 15 Assembly constituencies in Karnataka.

The statement by EC's council came after a 3-judge bench headed by Justice N V Ramana said that it would decide on the batch of petitions filed by 17 disqualified MLAs of Karnataka challenging the order of former Speaker K R Ramesh Kumar disqualifying them from the House.

After the bench, also comprising justices Sanjiv Khanna and Krishna Murari, said that it would hear the matter completely and decide it, senior advocate Rakesh Dwivedi, appearing for the poll panel, said: "Then I will ask the Election Commission to defer it (by-polls for 15 Assembly seats in Karnataka) for sometime".

When the bench asked Dwivedi as to whether his statement should be recorded in the order, the senior lawyer said, "We will do it".

The top court said it would continue with the hearing in the case on October 22.