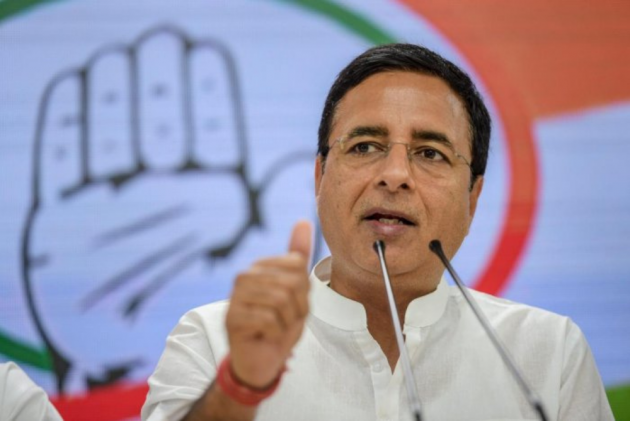 Saying “disdain for people’s pain is harmful” Congress on Tuesday made a scathing attack on Prime Minister Narendra Modi.

"The BJP has lost two out of three Lok Sabha seats. In Assemblies, BJP has lost at most places in direct contest with Congress. Himachal Pradesh, Rajastan, Karnataka and Maharashtra have witnessed it," said Congress general secretary and chief spokesperson Randeep Surjewala.

The Congress won the Mandi Lok Sabha seat and won all the three assembly bypolls of Fatehpur, Arki and Jubbal-Kotkhai in Himachal Pradesh.

Congress candidate Nagraj Meena won the Dhariawad assembly seat in Rajasthan by a margin of 18,725 votes.

He also congratulated the Congress leaders in Karnataka for winning the Hangal assembly seat.

"The constant service of people by Srinivas Mane and the immeasurable hard work of Congress workers and leaders has proved that Karnataka yearns for 'change'," he said.

"The BJP's exit is written on the wall," Surjewala also claimed.

The ruling Trinamool Congress made a clean sweep in West Bengal winning all the four seats where bye-elections were held. (With PTI inputs)