The BJP has maintained its dominance in Assam and done well in Madhya Pradesh, but has drawn a blank in three assembly and one Lok Sabha seat in Himachal Pradesh. It has also performed poorly in both assembly seats in Rajasthan. 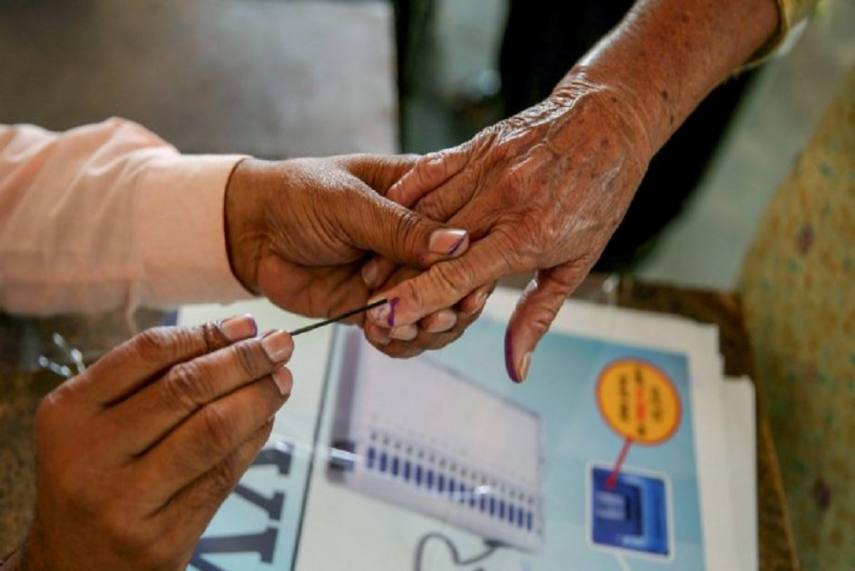 With results pouring in for by-elections on three Parliamentary and 30 assembly constituencies across the country, there is mixed news for the various political players.

The BJP has maintained its dominance in Assam and done well in Madhya Pradesh, but has drawn a blank in three assembly and one Lok Sabha seat in Himachal Pradesh. It has also performed poorly in both assembly seats in Rajasthan.

The party also suffered a massive dent in West Bengal, where the ruling All India Trinamool Congress has swept all the four assembly seats – two of which were held by the BJP – with huge margins. The TMC has polled on an average about 75 per cent votes in Bengal while the BJP has crashed to 14-15 per cent, a far cry from the 38 per cent votes the BJP got in the assembly elections, as against 47 per cent votes for the TMC.

Advantage Gehlot: Congress' Rajasthan Bypoll Win A Shot In The Arm For CM

In Bihar, BJP-ally Janata Dal (United) has retained both seats going to the by-polls, The party comfortably won Kushehwar Asthan as well as Tarapur. Significantly, close on the heels of the open spat between the Congress and the RJD over the former wanting to contest Kusheshwar Asthan, which has been a traditional seat of the Congress that it has been losing for a few times, the Congress is getting just about 5000 votes in Kusheshwar Asthan and fewer votes in Tarapur after deciding to go to the polls alone.

“The Congress needs to do a reality check in states like UP and Bihar, where they don’t have any support base any longer. They should lie low and allow the stronger regional parties to call the shots. There is no point going alone or striking a hard bargain without a base there,” senior columnist Radhika Ramaseshan, who has covered politics for decades, told Outlook.

In Assam, the BJP’s vote share is about 29 per cent – though it contested only three assembly seats out of five, leaving two for ally United People’s Party (Liberal). The Congress’ vote share without an alliance with the AIUDF is 16 per cent.

“Opposition unity is important if opposition parties want to check the BJP in the long run. In Assam, the Congress, the AIUDF and one of the Bodo parties could not strike an alliance, while the BJP did strike alliances,” says Ramaseshan. “The question is whether the opposition could have done better if they could make common cause.”

Madhya Pradesh is headed towards a 2:1 finish, with the BJP winning two assembly seats, Prithvipur and Jobat, while the Congress is likely to win the Raigaon seat. The Khandwa Lok Sabha seat of MP has gone the BJP’s way.

The Congress has swept all three assembly seats in Himachal Pradesh. The lone Lok Sabha seat of Mandi going to the polls in the state has gone the way of Congress candidate Pratibha Singh, wife of late Chief Minister Virbhadra Singh.

With elections in Himachal Pradesh slated next year, the results spell good news for the Congress, and suggest that the reputation of the late Virbhadra Singh outlives him. Even in the last assembly elections, when the BJP had won the state, Congress could not be decimated. Virbhadra Singh had retained his seat, while the BJP’s Chief Ministerial candidate Prem Kumar Dhumal had lost to the Congress.

In Rajasthan, the Congress has swept both assembly seats of Vallabhnagar and Dhariawad with very comfortable margins, something that is a shot in the arm for the party.

In the Ellenabad assembly in Haryana, Abhay Singh Chautala of INLD has defeated Gobind Kanda of the BJP by 6739 votes. In Karnataka, the BJP and Congress have won a seat each, with the BJP winning Sindgi by 31,185 votes and the Congress winning Hangal -- which, ironically, comes under the home district of Chief Minister Basavraj Bommai -- by 7,373 votes. “I have taken the setback very seriously and will take corrective action,” Bommai, who replaced BS Yeddyurappa months back, said.

In Telangana, the BJP is on the way to win the Huzurabad seat, defeating the Telangana Rashtra Samiti with a comfortable margin.

The YSR Congress has performed exceptionally well in Badvel, the only Andhra Pradesh assembly seat that went to the by-polls, with the BJP a distant second.

Is there a larger political message in these results?

“Not really,” says Ramaseshan. “If one looks at the Lok Sabha elections due in 2024, the Congress needs a face to challenge Narendra Modi and opposition unity. We don’t see evidence of any of these requirements being fulfilled yet.”

Indeed, the fissures between TMC and the Congress, and the RJD and the Congress, are out in the open. Even in UP, Priyanka Gandhi created a flutter by meeting Jayant Chaudhary of the RLD, close on the heels of Akhilesh Yadav announcing an alliance with the RLD.

Data regarding the discrepancy between Vidhan Sabha and Lok Sabha election results in recent years bear out the note of caution Radhika Ramasehan introduces. The BJP has been doing much better in Lok Sabha polls than in assembly polls held before or after them.